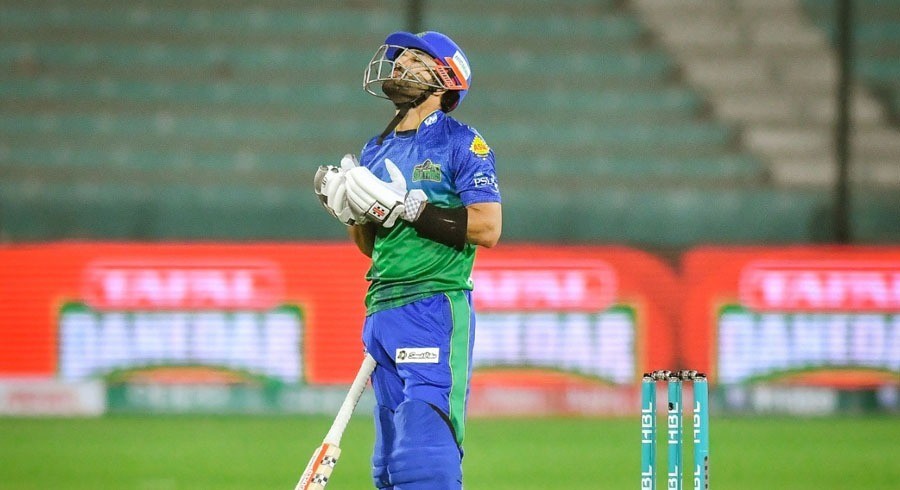 Multan Sultans are languishing in the fifth-spot of the ongoing HBL Pakistan Super League (PSL) season six with two points from five matches (one win, four defeats) and a net run-rate of -0.244.

Despite the brilliant form of their newly-appointed captain, Mohammad Rizwan, Sultans lost the first two games of the season in the Karachi leg. They made a comeback in their third game against Lahore Qalandars, beating them by seven wickets courtesy of brilliant stand between Rizwan and Sohaib Maqsood, while chasing 159-run target.

However, the Sultans failed to kick on from there as they went on to lost their next two games against Karachi Kings and then Quetta Gladiators, thus becoming the first team in the tournament, which failed to chase a target this season.

Despite losing their star all-rounder Shahid Afridi due to injury, they have the likes of Imran Tahir and Usman Qadir to make a potent spin-attack. Multan will be hoping for their captain to continue his rich vein of form as he is the top-run scorer in the tournament with 297 runs.

Multan Sultans captain Mohammad Rizwan is eager to put up a good show in the remainder of the event.

“We had a tough run in Karachi, but we have the depth and pedigree in our squad to turn the tables around when we resume the action in the UAE. We would need to hit the ground running and produce the wins straight away to stay in contention for a play-offs spot and that is a challenge that will motivate both me and my squad,” said Rizwan.

“Obed McCoy and Rahmanullah Gurbaz provide us depth as our foreign replacements for the Abu Dhabi-leg.

“Players like Sohaib Maqsood, Usman Qadir, Sohail Tanvir and Shahid Afridi have the ability to turn a match on its head, they can with their individual and collective brilliance, bring us right back in the hunt in Abu Dhabi. I am hopeful that we will put smiles on the Sultans’ fans faces with a strong turnaround in the remainder of the tournament.”