Like many other former British colonies, Nigeria has a lengthy association with cricket 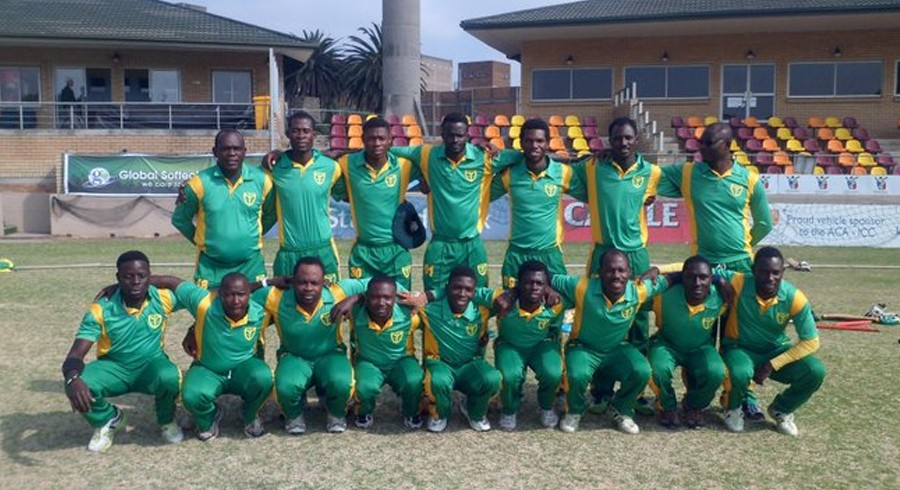 When Ademola Onikoyi was a teenager he struggled to explain to his friends why he would leave football games early to go to cricket practice.

"They never understood what cricket was all about — they didn't know what it was," he told AFP.

Now the wicketkeeper-batsman hopes the explaining is over as he gears up to captain Nigeria's T20 national team at the World Cup qualifiers in the United Arab Emirates.

"It is a big stage for us — the first time we are participating at this level," Onikoyi, 32, said.

Reaching this far is a huge step up for Africa's most populous nation as it edges closer than ever before to a major international tournament.

The Nigerian side recognises it is lucky just to be in the UAE ahead of its opening game against Jersey on October 19.

The squad only got through to this stage after the International Cricket Council (ICC) suspended Zimbabwe in July over government interference in the game.

The team of amateurs — students and businessmen — is the lowest ranked side at the qualifiers and faces overwhelming odds to reach the World Cup in Australia next year.

But those involved insist they are in with a chance — and hope that any success can fuel interest in cricket back home.

"We got handed this opportunity and now we have to grab it," said coach Clive Ogbimi. "The belief is rising and we can go out there and compete."

Like many other former British colonies, Nigeria has a lengthy association with cricket.

In 1904 the first "Inter-colonial" match was played between Lagos Colony and the Gold Coast.

But despite its long history, the game has never become mainstream in the football-mad country.

"Cricket has been played for over 100 years in Nigeria — so it is not a new sport," said national team manager Oghenekome Agodo.

Traditionally it was the preserve of elite government boarding schools but political upheavals in the country since independence in 1960 saw the system change and the number of players dry up.

"We started having issues with bringing up new cricketers — so the game is more or less now starting afresh," Agodo said. "We are sending coaches to identify schools and catching players young."

Those efforts already seem to be bearing fruit and cricket Nigeria is enjoying a mini golden-age.

In March the Under-19 team made history as well by winning the African qualifying tournament to make it through to the World Cup finals for the first time.

Despite the upturn in fortunes, the game still has a long way to go.

Cricket grounds can be found in cities and towns across Nigeria as a legacy of the colonial past — but the facilities are often in dire condition.

Just days ago the cricket federation laid the only usable grass wicket in the country in the capital Abuja.

For the national team that has meant a steep learning curve as they readjust from the astroturf wickets they usually play on with warm-up games in the UAE ahead of the qualifiers.

Cricket federation secretary general Taiwo Orris said he is hoping that success at both senior and junior levels can help bring in more support.

Nigeria's cash-strapped government does not give any money but does provide transport and accommodation for some games.

At the moment the federation operates on a shoestring budget as private individuals, the ICC, occasional sponsors, its own board members and even the players themselves chip in.

"Everyone is sacrificing to sustain cricket in Nigeria," Orris said.

Now those involved with the game hope that could be changing — especially if Nigeria can defy the odds and reach the World Cup final.

"It would go a long way to boost sponsorship and government support," Orris said. "When you starting putting the country in the international limelight then people begin gathering around."