PSL 7: Here are the complete squad of each franchise for 2022 season 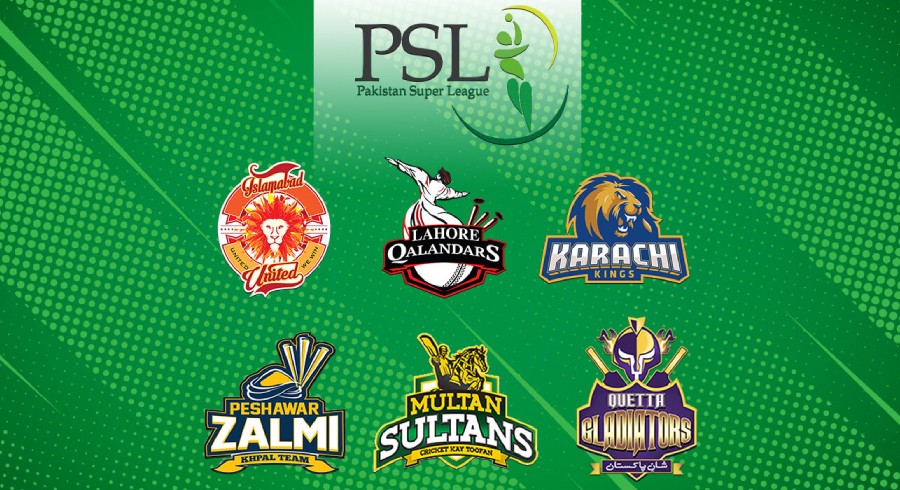 According to the rules, each franchise had to ensure they pick a limited number of players from each category. Here is the breakdown based on which franchises selected the players:

This was also the first time that PCB introduced the Right to Match (RTM) card into the mix, which enabled franchisees to re-select a player who has featured for their organisation if he is selected by another team. Each franchise could only use the RTM card throughout the draft phase.

After a successful draft phase, all franchise owners remained delighted with their franchises' progress. There were some surprise trades beforehand with Iftikhar Ahmed moving to Quetta Gladiators from Islamabad United, who secured the services of Azam Khan instead. Shahid Afridi and James Vince also moved to Quetta to further strengthen their team.

Umar Akmal, who remained disappointed due to lack of opportunity, has once again been reunited with Quetta Gladiators after missing out in previous editions. His brother Kamran Akmal was picked by Peshawar Zalmi again but in the last phase of the silver category.

The Sultans will look to become the first team in the competition's history to retain their title. The franchise retained Mohammad Rizwan and Rilee Rossouw as their platinum players and secured the services of all-rounder Tim David. Imran Khan Snr. will once again play alongside Rizwan, who has always spoken highly of veteran bowler.

The T20 format has been dominated by spinners, which is one of the reasons franchises secured quality spinners during the draft phase. For Multan, they have opted for Asif Afridi. On the flip side of things, Rumman Raees has also joined Multan after being released by Islamabad United due to injury concerns.

The complete squad for Multan Sultans at the PSL 2021 is as follows: 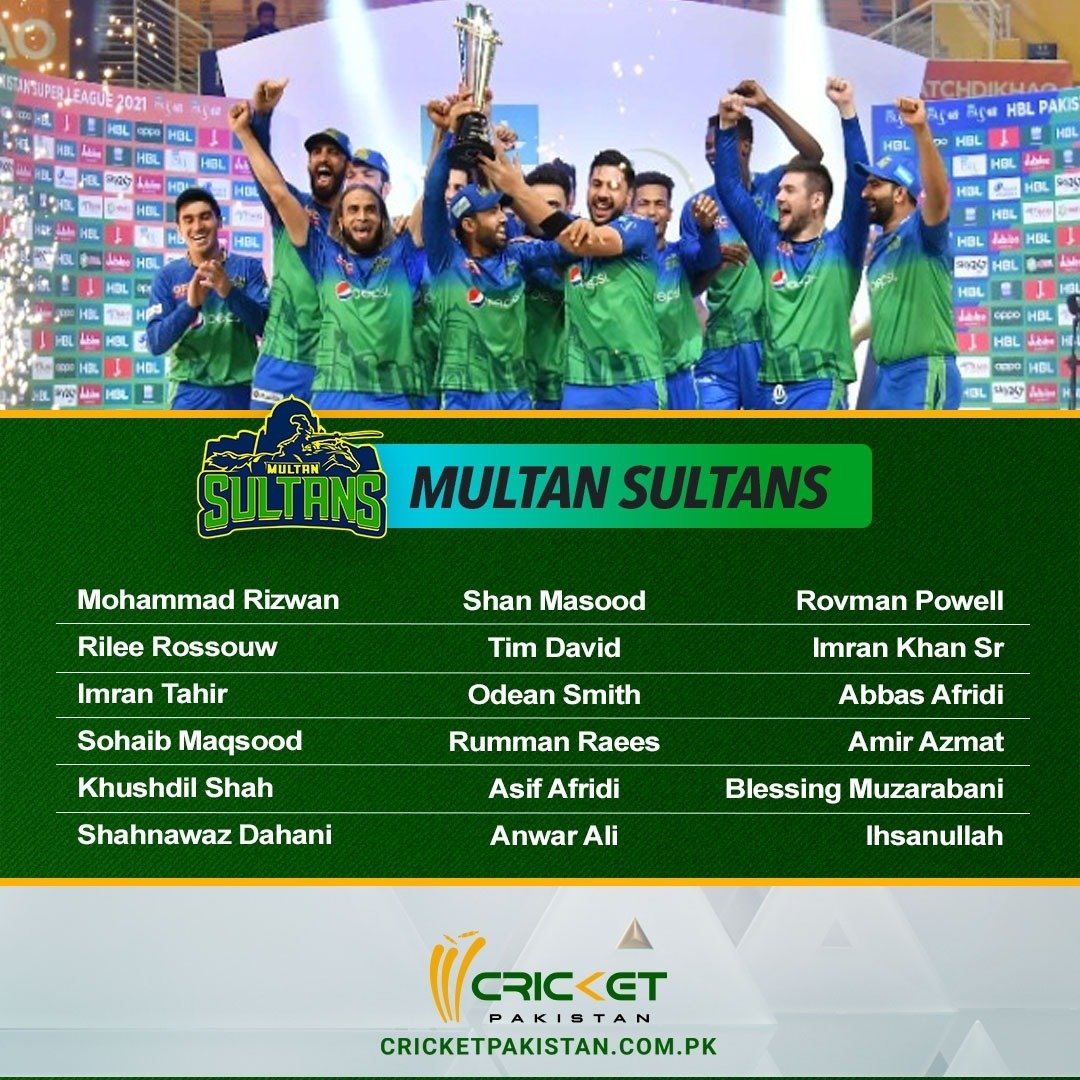 Gaining momentum in the PSL tournament, Lahore Qalandars will be looking to turn around their fortune in the 2022 season of the domestic tournament. Retaining Rashid Khan and Shaheen Afridi, Lahore let go of Fakhar Zaman only to re-sign him with their first Platinum pick as part of their elaborate plan.

Abdullah Shafique, who recently debuted for Pakistan, has been snatched up by Lahore as a Gold candidate whereas Phil Salt has also been lured away from Islamabad United by Lahore. Former England U-19 captain Harry Brook has been picked by Lahore whereas Samit Patel has been included but in the supplementary category where he is joined by Qalandars' development discovery Syed Faridoun.

The complete squad for Lahore Qalandars at the PSL 2021 is as follows: 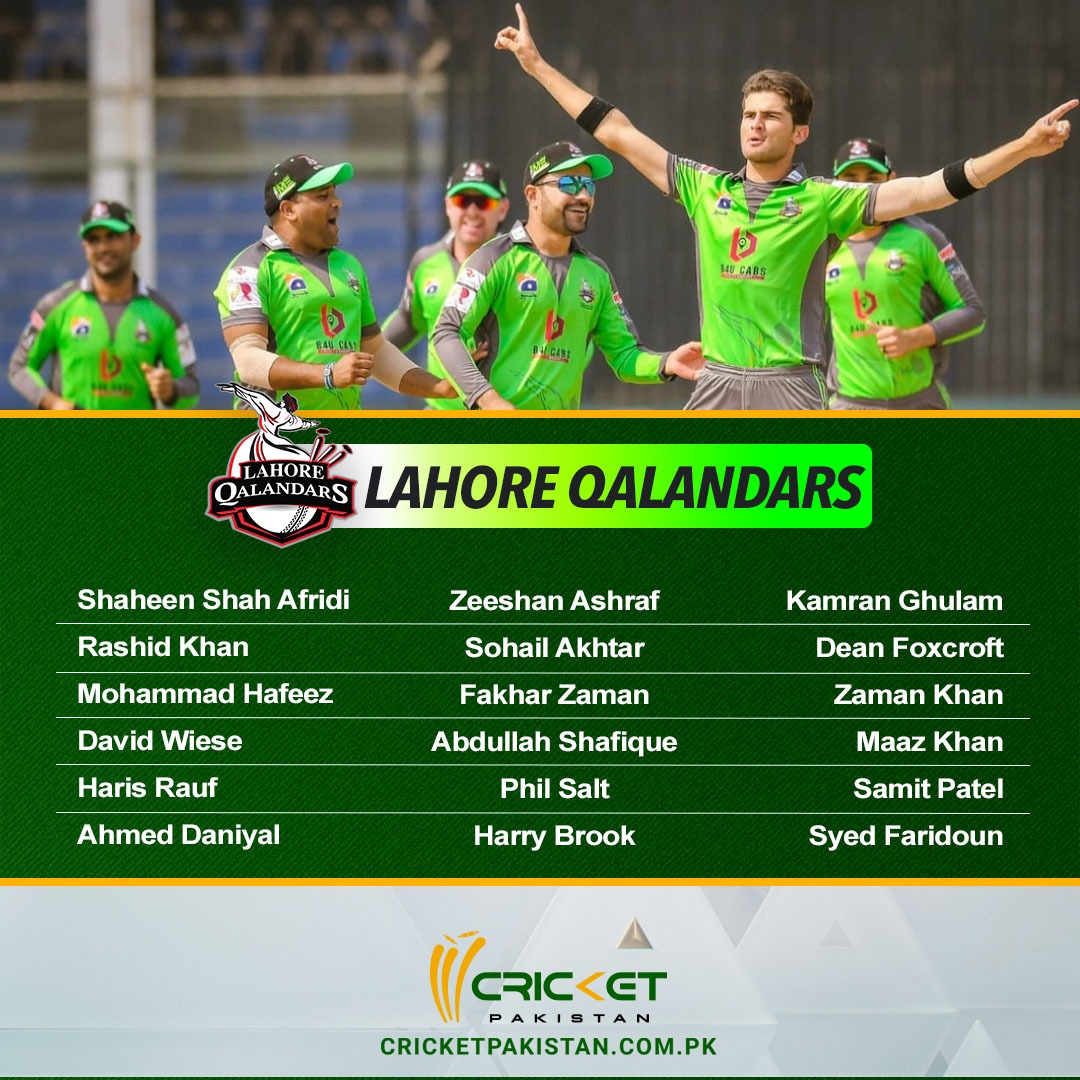 After a successful campaign previous campaign, Karachi Kings has again signed Chris Jordan as their third and last platinum pick whereas Umaid Asif has also been picked by the Babar-led team. Pakistan U-19 captain Qasim Akram, wicketkeeper-batsman Rohail Nazir, and Mohammad Imran have all been picked in the Silver category.

West Indies talent Romario Shepherd has also been identified as a supplementary pick where he is joined by Talha Ahsan.

The complete squad for Karachi Kings at the PSL 2021 is as follows: 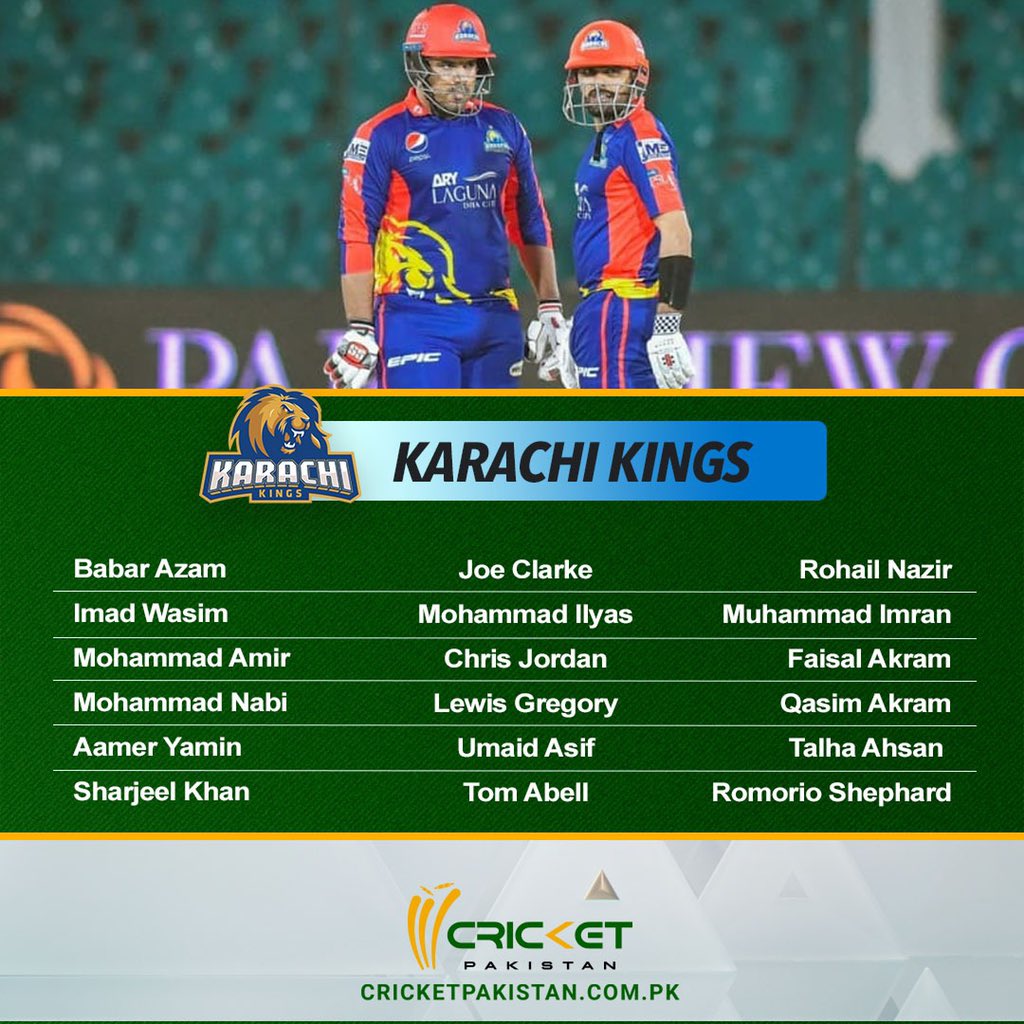 All-rounder Iftikhar Ahmed was traded by Islamabad United to make room for Colin Munro as their third platinum pick alongside Asif Ali and Hasan Ali. Islamabad, who have proven to be a data-driven team, opted for Muhammad Akhlaq, Englishman Reece Topley, and Pakistan talent Danish Aziz, and Zafar Gohar.

Zeeshan Zameer was lured by Islamabad as they used the RTM card whereas Afghanistan's youngster Rahmanullah Gurbaz was picked as a supplementary player. It is worth mentioning that Azam Khan was traded in earlier by Islamabad to strengthen their attack especially against the spin attack of other franchises.

The complete squad for Islamabad United at the PSL 2021 is as follows: 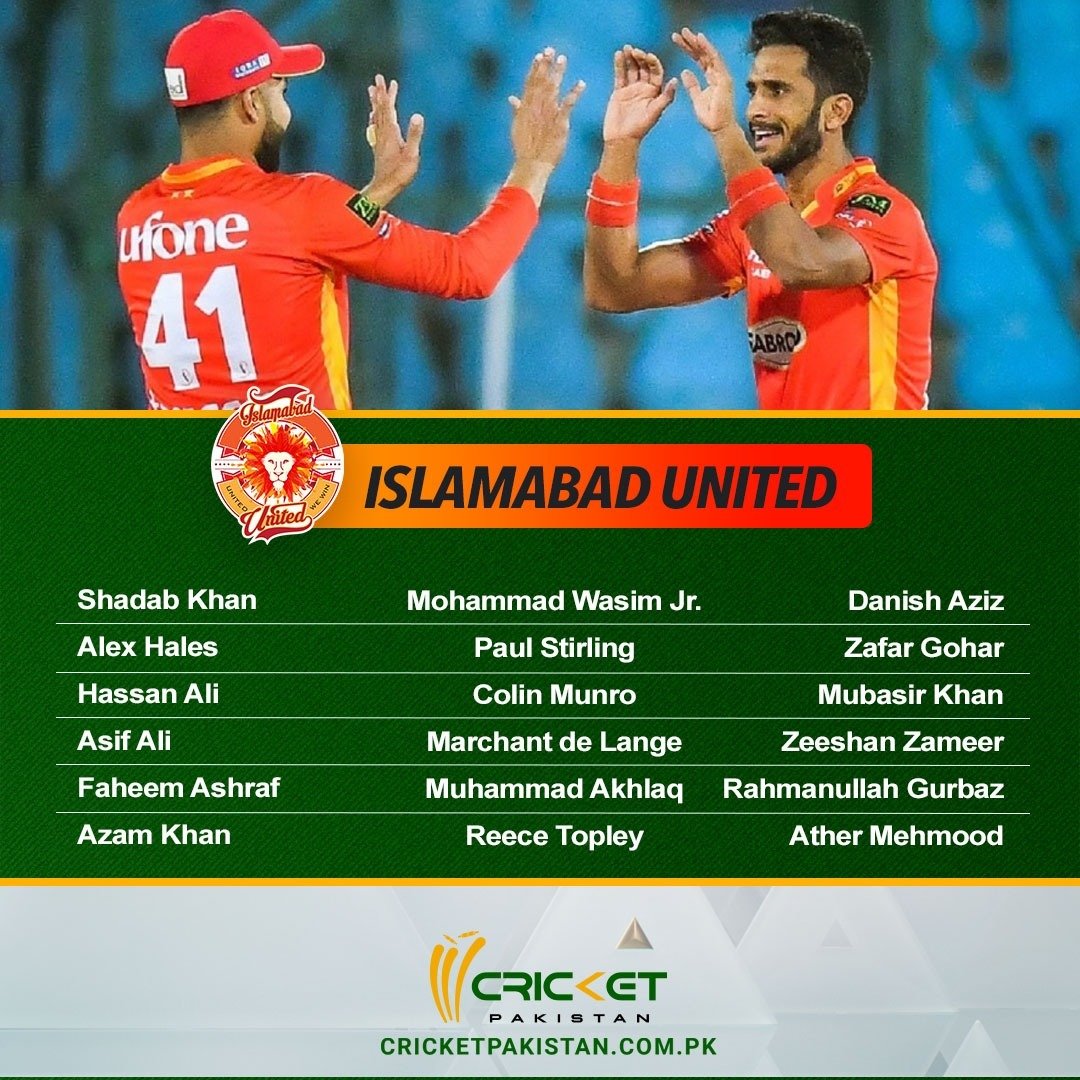 The Yellow Storm, although made some good picks, suffered from drama over Kamran Akmal; one of the top PSL players was initially dropped from the squad and was picked again in the silver category's fifth round. Afghanistan's destructive batsman Hazratullah Zazai was made the third platinum pick for Peshawar.

Ben Cutting was picked as a supplementary player; it is worth noting that if the player is unable to feature in PSL 7 then Peshawar will reserve the right to retain him for the next season; as will all other teams with their respective supplementary picks.

The complete squad for Peshawar Zalmi at the PSL 2021 is as follows: 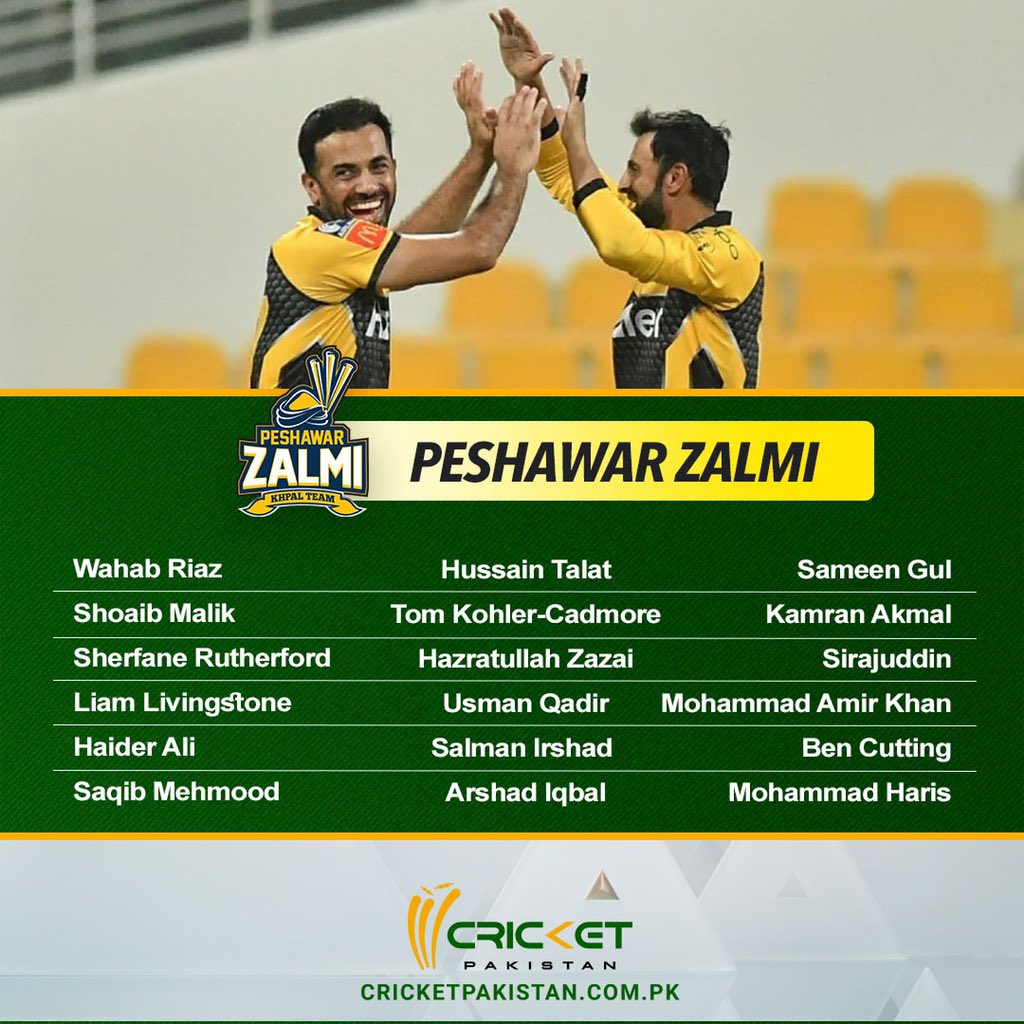 Quetta has one of the most star-studded teams with James Vince retained as a platinum player, Shahid Afridi traded in, Jason Roy picked on the draft day alongside Australian James Faulkner, and Ben Duckett picked.

Umar Akmal makes a comeback with the franchise he was last present at and Quetta selected Umar in the silver category where they also opted for Naveen-ul-Haq, Ben Duckett, Khurram Shahzad, and veteran T20 all-rounder Sohail Tanvir.

National T20 Cup and Quaid-e-Azam trophy performer Abdul Bangalzai has also been picked in the emerging category while Ahsan Ali and Noor Ahmed are both in the squad as supplementary picks.

The complete squad for Quetta Gladiators at the PSL 2021 is as follows: 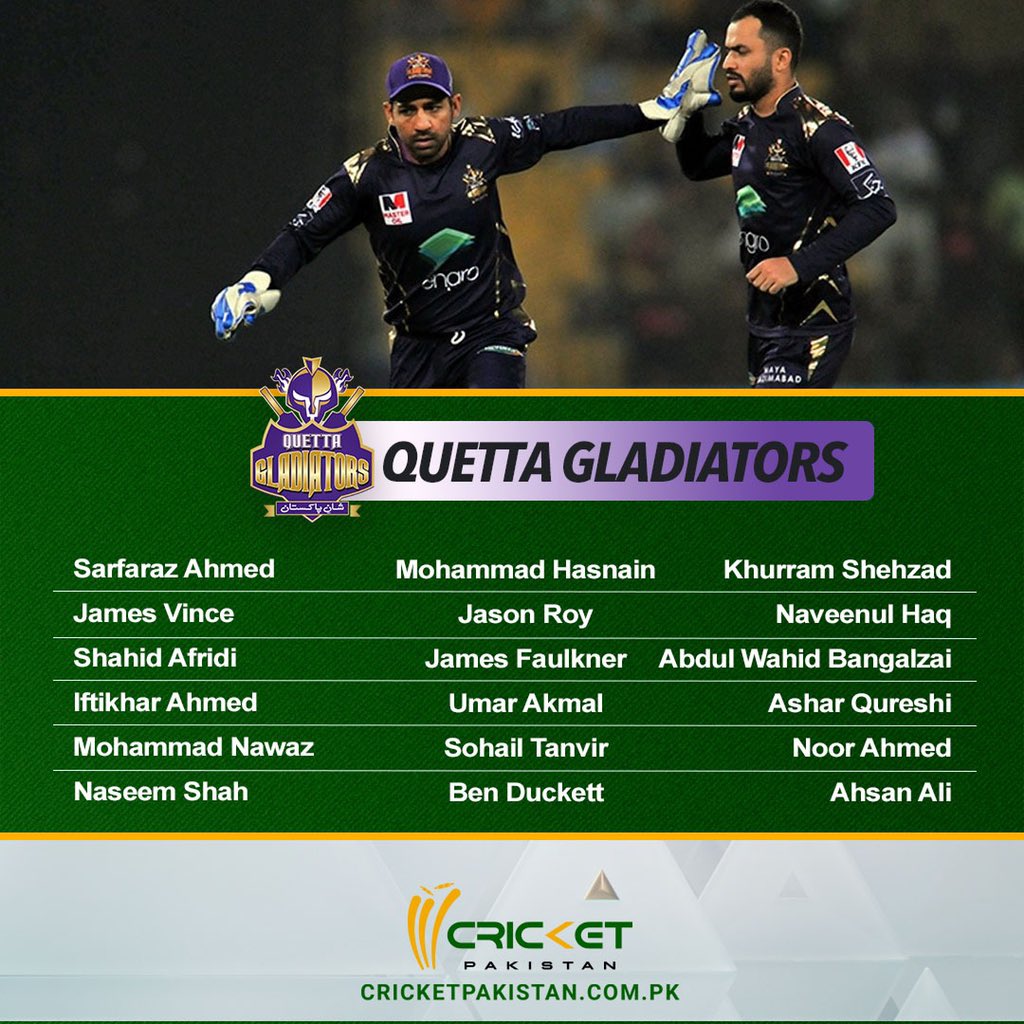