Staying positive in the face of adversity: the Naseem Shah story

Pakistan Cricket Board in Islamabad 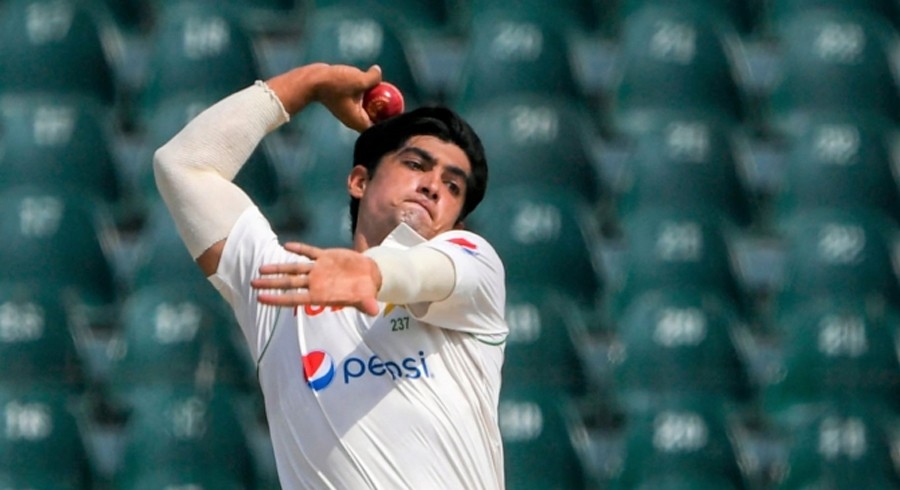 It was the perfect setting when Naseem Shah announced his arrival on the Test circuit in 2020. Running into a setting Rawalpindi sun, Naseem, 16, had his arms spread like an eagle and a brimming smile adorned his face. Chased by his teammates, Naseem looked unstoppable. Unstoppable he was as just moments before the right-arm pacer had become the youngest in the history of Test cricket to record a hat-trick with the wickets of Bangladesh’s Najmul Hossain Shanto, Taijul Islam and Mahmudullah. His exploits on the third day of the first Test would see Pakistan seal an innings and 44 runs win the next morning.

Naseem, however, struggled on the tours of England and New Zealand that followed and had to make way for Hasan Ali, who returned to national colours with a bang following a stellar Quaid-e-Azam Trophy season, in the series against South Africa.

“There is a lot that goes in your head when you get dropped from the team,” Naseem told PCB Digital on the sidelines of a practice match at the same stadium where he made history. “You get down mentally and it takes a lot of effort and hard work to keep yourself positive. Comebacks are tougher than debuts. Not being in the side is one of the toughest times a player can endure, but you learn a lot from that phase as it makes you stronger mentally and you learn a lot about yourself.”

Naseem had a promising start to his career when he picked up first five-fer in his just third Test – when Pakistan played Sri Lanka in the second and the last of the Test at Karachi to win the series 1-0. A product of Pakistan Cricket Board’s pathways programme, Naseem had moved to Lahore to establish his career as a cricketer and his passion for the game made him to push his limits every day to ensure he makes a comeback.

“I wanted to play for Pakistan when I first started to play cricket,” Naseem said. “Whenever you go through a tough time it is only you who can lift yourself. You get love and recognition when you are on top, but when you are not having a good time, you do not see many people around.

That focus helped Naseem first make a return to the national squad when Pakistan toured the West Indies last year and then it saw him feature in the playing XI during Australia’s historic tour of Pakistan earlier in the year.

Naseem was quick to make an impression when he picked up four wickets in an innings in the Lahore Test. He was finally where he wanted to be after a gap of almost 15 months, and talking about the return, he said, “When you return to the team, and achieve for what you have been working for all this time, the satisfaction is at a different level altogether.”

Naseem is one of the five quicks Pakistan have chosen in the 18-strong squad for the two Sri Lanka Tests next month. His hope is to make sure he does not let his performances take a dip.

“The Tests against Sri Lanka will certainly be challenging, but I am eager to take that challenge. I will try my best to continue the form and momentum I have gained from the Australia series and do well in Sri Lanka.”