The battle between Shaheen Afridi and Marnus Labuschagne

The left-arm pacer hailing from Pakistan has made it a habit of dismissing Marnus Labuschagne; be it on the international stage or in the domestic circuit 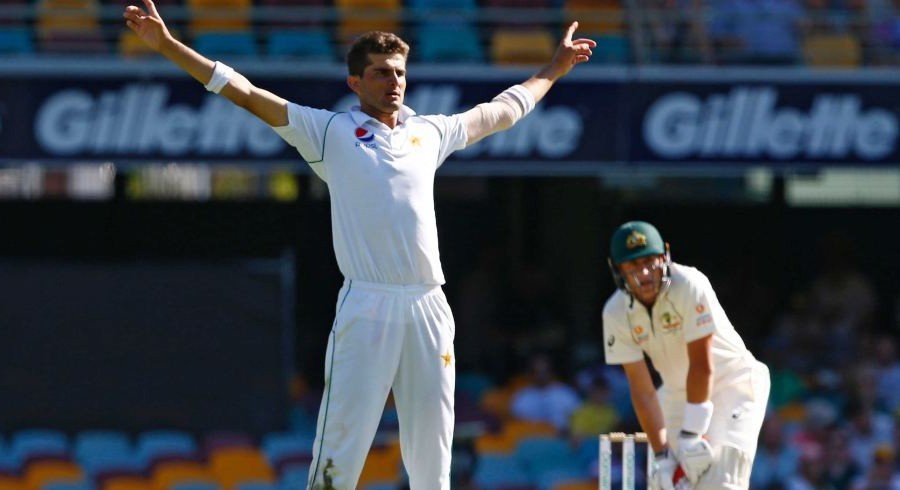 Shaheen Shah Afridi, who made his debut for Pakistan in 2018, has recently climbed the ICC rankings in the top 10 across all formats in a relatively short period of time; no. 4 in Tests, no. 7 in ODIs, and no. 10 in T20I in ICC rankings. Although Afridi’s talent had always been evident to the Pakistani fans since his debut and were relieved to see Pakistan’s pace bowling future to be in safe hands, the highlight of his career has to be his performance in Pakistan Vs. India in the T20I World Cup’22. The wickets of Rohit Sharma and KL Rahul are the names that immediately pop up every time Shaheen Shah Afridi is mentioned for his brilliant bowling spell. However, recently another name that has been engraved in Afridi’s career is Marnus Labuschagne – the ICC ranked no. 1 Test Batsman.

The Australian right-handed batsman – also known as the batting all-rounder – Marnus Labuschagne made his Test Debut in October of 2018 against Pakistan and within 2 years, in December 2021, he was ranked as the number 1 Test batsman in ICC rankings. Whereas, he represented Australia for the first time in ODI and T20 in the years 2020 and 2022 respectively. All these years, the 27-year-old has calmly faced and confidently defeated all kinds of bowlers in his cricketing career, hence ascending to the number 1 spot. Nevertheless, Labuschagne – although number one – still hasn’t learned to play the 22-year-old bowling sensation, Shaheen Shah Afridi from Pakistan.

This battle between Pakistan’s pace ace and Australia’s no. 1 ranked Test Batsman began in 2019 when Labuschagne and Afridi faced each other for the first time during Pakistan’s tour of Australia. The former lost his wickets twice to Afridi in the two-Test matches played, and it was the start of a bittersweet rivalry that goes on to this date.

Although Labuschagne had made his fair contributions to the team of 185 and 162 the first two times he was ever dismissed by Pakistan’s leading bowling sensation back in 2019, Afridi did not give the Australian batsman the margin of making significant runs the next three times he was set to take his wickets during Australia’s tour of Pakistan’2022. In the first test match in Pindi, Labuschagne fell short of 10 runs to a century as Afridi bowled him out. In the second test in Karachi, Afridi cost the no. 1 Test batter a duck and in the third test, 44 was the ultimate score that Afridi’s exquisite bowling allowed him.

However, this was not the end to Afridi’s dominance over Labuschagne. In fact, while representing Middlesex, the Pakistani pacer’s first-ever county championship wicket victim was yet again his Aussie rival, playing for Glamorgan, whom he bowled out at 8 in the first innings. The Aussie batter couldn’t figure a way out of the “Afridi crisis” in the second innings either as he was duped into an LBW at 23. With that, Afridi has dismissed ICC ranked no. 1 Test batsman seven times in his career; 5 times in international cricket and 2 times in County Cricket. Still, the counting continues!

Marnus Labuschagne may switch teams and jerseys but Shaheen Afridi is always there to haunt him with his startling deliveries. The said notion of “they can’t play him” for Afridi is applicable to the Aussie batter in literal terms. Safe to say that Shaheen Shah Afridi, in his present form, is a nightmare to Labuschagne. The cricketing world has its eyes set on this fascinating battle between Australia’s no.1 Test batsman and Pakistan’s top 10 bowlers across all formats; international or first-class, this battle is intriguing to the fans. How long would Pakistan’s pace ace, Afridi, be able to carry on the winning streak is what the fans are looking forward to or Labuschagne may eventually learn to play the unplayable and the tables turn? Either way, it’s exciting.

A bonus for the Australian batting all-rounder, however, is his mini revenge that he took by dismissing his rival at 29 – Shaheen Afridi – through his legbreak bowling in the County Championship between Middlesex and Glamorgan. Be that as it may, will Labuschagne retaliate with his batting as well the next time he faces Afridi? Time will tell.