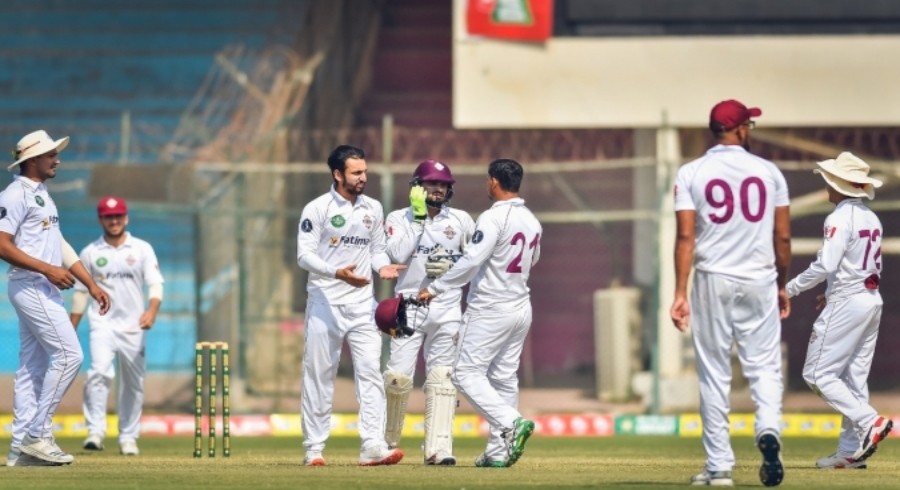 Following two riveting rounds of cricket across three venues in Karachi, the third round of first-class Quaid-e-Azam Trophy commences from Friday. After the completion of this round, red-ball cricket will take an 11-day break during which the HBL Pakistan Super League 2020 playoffs and final will be held at Karachi’s National Stadium.

This round also serves as an opportunity for the up and coming first-class cricketers to make an impression on the national selectors as this will be the last round before Pakistan and Pakistan Shaheens squads for the New Zealand tour are finalised.

Southern Punjab have had an impeccable start in the tournament. The Shan Masood-led team has not only started with two wins in as many matches, which is already one more than they had in the entire previous season, they have also collected as many as 50 points from the two victories.

Following their four-wicket win against Balochistan on a thrilling final day of their second-round tie at the National Stadium, they take on Khyber Pakhtunkhwa, who have one loss and one draw in their two matches, at the National Bank Sports Complex.

Southern Punjab are bolstered by the presence of leg-spinner Zahid Mehmood, who with 17 scalps at a remarkable 12.88 runs per wicket, is leading the wicket-takers chart for the tournament. While, Zahid has been most impressive, Southern Punjab will be hoping the rest of their bowlers join the party, as their next best bowler, Salman Ali Agha, is positioned 12th on the list with five wickets from two matches.

All-rounder Hussain Talat followed up his career-best 253 in the tournament opener with a 39 and 14 and he tops the list for the highest run-getters. His captain, Shan, is two positions below him with 196 runs at an average of 65.33 as the left-handed opener followed his century in the first round with a half-century at the National Stadium.

Khyber Pakhtunkhwa batsmen are yet to truly announce themselves in this year’s tournament, which is underscored by the fact that they have bagged only two batting bonus points, the lowest amongst the six teams, to date.

They have only one batsman – Adil Amin – amongst the top ten run-getters. The right-handed batsman occupies the ninth spot with 146 runs, which includes a half-century, from four innings.

The Ashfaq Ahmed-led team, which is placed fifth on the points table with 11 points, will look towards spin-twins – off-spinner Sajid Khan and left-arm orthodox Khalid Usman – for inspiration. While Sajid began the tournament with a five-wicket haul and has 13 wickets in the tournament so far, Khalid has seven dismissals to his name.

Khyber Pakhtunkhwa have made two changes in their side for the third round. Pacer Sameen Gul, who is unfit, and Sahibzada Farhan, who moves to the Second XI, make way for all-rounder Zohaib Khan and batsman Musadiq Ahmed.

After being on the receiving end of a drubbing by an innings and 96 runs, Northern turned things around with an impressive nine-wicket win, registered inside eight sessions, against Central Punjab which was spearheaded by their captain Nauman Ali, who took 11 wickets in the match, including second innings return of seven for 53.

Thirty-four-year-old Nauman is leading his team’s bowling attack – with 15 wickets at 17.40 – and is third on the list of the bowlers with most wickets in the tournament. With no bowler from his side in the next 11 places, Nauman will be hoping for support when their fixture against Sindh begins on Friday at the UBL Sports Complex.

Along with his bowlers, Nauman will also hope that his batsmen deliver before the tournament takes a break as only three Northern batsmen – Hammad Azam, Umar Amin and Asif Ali – have scored half-centuries.

On the other hand, Sindh’s batting department is bolstered by the return to batting form of Sarfaraz Ahmed, who stroked the 12th century of his first-class career in the previous round.

With a century and a 91, veteran middle-order batsman Fawad Alam has gathered 221 runs, second most in the tournament to date, at an average of 73.67. That Asad Shafiq also got a half-century under his belt in the previous game augurs well for Sindh, who boast a solid middle-order.

Ashiq Ali had an outstanding outing in the last game as the off-spinner took 11 wickets for 127 runs, which included two five-wicket hauls. With pacers Tabish Khan and Sohail Khan in the ranks, along with left-arm orthodox Mohammad Asghar, Sarfaraz will be looking to pocket maximum bonus points for bowling in the first innings. His team enters the match after a thrilling draw against Khyber Pakhtunkhwa.

Central Punjab, the title defenders, have had two forgettable outings and, as such, are languishing at the bottom of the points table with only six points.

To further strengthen his batting department, Azhar Ali has called up Abid Ali, following the conclusion of the three-ODI series against Zimbabwe in Rawalpindi, for the contest against Balochistan at the National Stadium.

The fixture between the two teams will be broadcast live by PTV Sports, while the action will be relayed all across the globe through Pakistan Cricket Board’s YouTube channel. On the days Pakistan play Zimbabwe in three T20Is, the action will move to the PTV National to ensure uninterrupted delivery of quality domestic cricket action to the fans.

Central Punjab are yet to make an impact in the tournament. Their highest run-scorer Ahmed Shehzad has accumulated only 122 runs – 69 of which came in his opening innings of the tournament. With 120 runs – which include two half-centuries in a match – and 111 runs, Mohammad Saad and Azhar Ali are the next two batsmen in the order.

Ahmed Safi Abdullah is the only bowler for Central Punjab to have recorded a five-wicket haul in the tournament so far and their bowling options have taken a hit with pacers Hasan Ali and Ahmed Bashir doubtful for the third round due to groin sprain.

In the absence of Yasir Shah, who has requested a leave for personal reasons, Balochistan will be led by Imran Farhat, who scored a century in his side’s second-round fixture and has so far scored 177 runs – the fourth most in the tournament – at an average of 59.

Twenty-nine-year-old Dera Murad Jamali-born Taimur Ali showed his batting prowess with a remarkable 86 not out in his team’s first innings against Southern Punjab, while with 92 and 32, opener Imran Butt, the top scorer of the last edition, was also amongst the run-getters in the thriller played at the National Stadium.

Yasir has taken 16 wickets, just one less than Zahid, from four innings and Balochistan might feel his absence. But, this serves an opportunity for young pacer Khurram Shahzad (eight wickets at 21.38), Kashif Bhatti (six wickets at 27.83) and Taj Wali (five wickets at 22.60) to step up and prove their mettle. 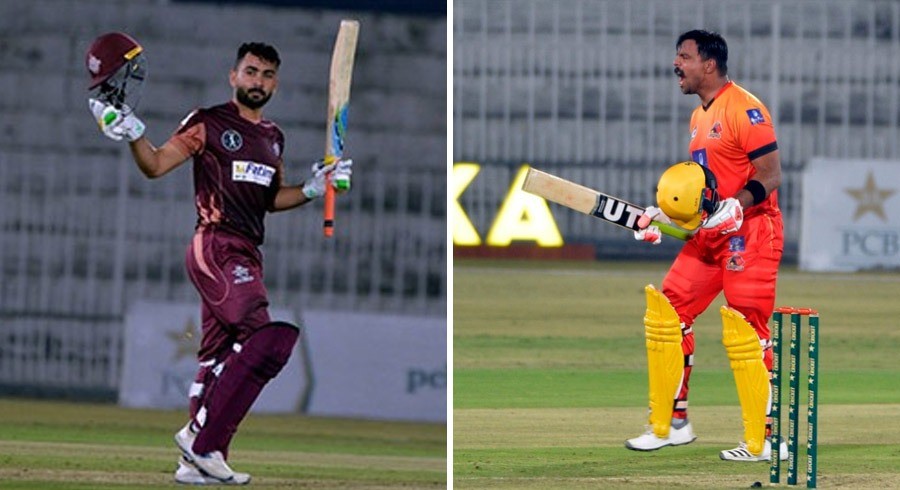 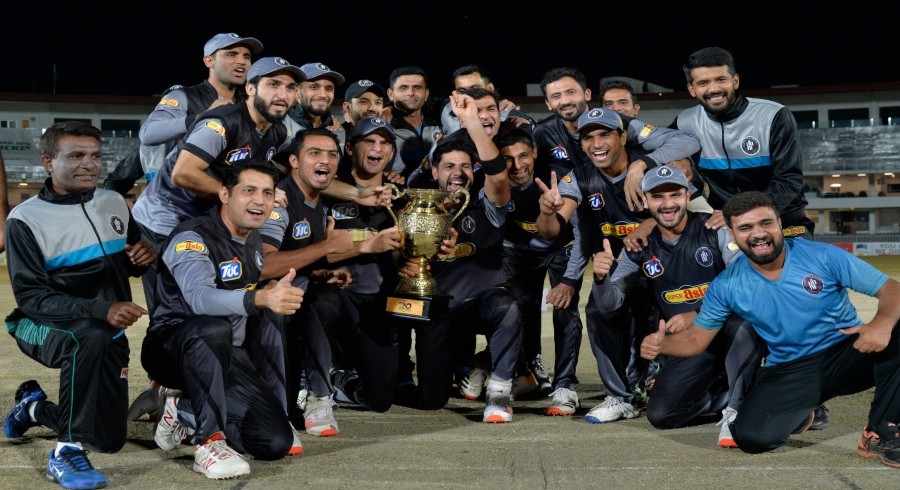