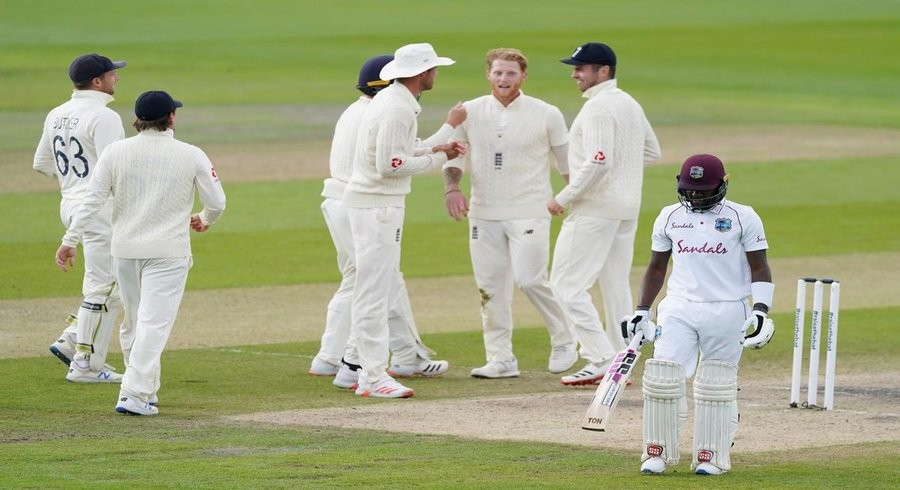 International cricket's first major campaign since the coronavirus lockdown saw England triumph 2-1 in a three-Test series against the West Indies following a 269-run victory at Old Trafford on Tuesday.

Below are three things we learned from a fascinating contest:

Despite fears life in a bio-secure bubble, with teams holed up in onsite hotels and no spectators allowed into grounds to guard against the spread of COVID-19, might produce equally sterile cricket, both sides produced a high standard of play.

Fears a ban on shining the ball with saliva would neuter bowlers proved largely groundless, with sweat allied to seam movement off the pitch and helpful overhead conditions, allied to the skills of the attacks, ensuring batsmen had to work hard for their runs.

Meanwhile two England's 'big match' performers played key roles despite a lack of crowd support, with Ben Stokes scoring 176 and 78 not out in the second Test and paceman Stuart Broad becoming just the seventh bowler to take 500 Test wickets when he reached the landmark on Tuesday.

The one concerning moment came when England had to omit Jofra Archer from the second Test after it emerged the fast bowler had breached regulations by making an unauthorised trip home following the West Indies' four-wicket win in the series opener at Southampton.

England managing director Ashley Giles said Archer's error "could have cost us tens of millions of pounds" but he added the Sussex quick was a "fine young man" who would learn from his mistake.

This series may have been played in a bubble but it did not take place in a vacuum, with both teams, and the match officials, taking a knee before each Test in support of Black Lives Matter, a campaign given fresh global impetus by the death of George Floyd in police custody in the United States in May.

Former West Indies fast bowler turned television commentator Michael Holding, once the most feared of quicks, showed he could unleash a verbal, as well as physical, bouncer with an impassioned, off the cuff speech, on the first morning of the series as he called for a shake-up of the education system while criticising those who had told him to "get over" racism.

"How do you get rid of that (racism) in society? By educating both sides, black and white," he insisted.

- Challenge Gough at your peril -

Due to travel restrictions imposed by the pandemic, this series saw the return of two home umpires standing in a Test, with teams granted an extra review per innings in recognition at the lack of neutral officials.

But when Michael Gough was in the middle for the second and third Tests at Old Trafford, his naked eye verdicts were repeatedly upheld by the Decision Review System.

The 40-year-old Englishman had a modest career as a Durham opening batsman, but Gough is fast becoming a top umpire.