Zalmi relying on experienced trio ahead of HBL PSL 6

Kamran Akmal is the leading run-scorer (1537) in PSL history 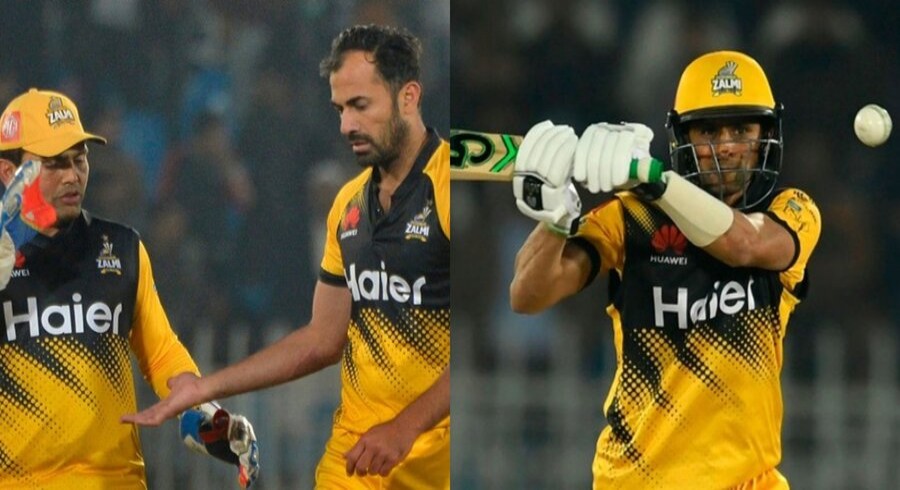 Peshawar Zalmi made the HBL Pakistan Super League (PSL) 5 playoffs by the skin of their teeth, as they had a better run-rate than Quetta Gladiators. However, they were knocked out in the eliminator by Lahore Qalandars and will be looking to redeem themselves in the upcoming season, due to begin from February 20 in Karachi.

Zalmi will rely on wicketkeeper-batsman Kamran Akmal, who is the leading run-scorer (1537) in PSL history, to provide them with good starts up the order.

Shoaib Malik is one of the most experienced T20 players in the world and he will be looking to use his experience to provide stability in the middle-order along with veteran England all-rounder Ravi Bopara.

The Zalmi’s squad doesn’t feature big foreign T20 hitters apart from South African David Miller, who will only be available for the later part of the tournament. West Indian Sherfane Rutherford, who played a crucial role for Karachi Kings in a PSL 5 Qualifier super over against Multan, will be representing Zalmi and looking to finish games for them.

Afghanistan’s Mujeeb ur Rehman has quickly earned a reputation of being one of the leading T20 spinners by performing in leagues around the world and will be looking to replicate the same performances for Zalmi this season. He will be assisted by a young but promising mystery spinner Abrar Ahmed, who has also represented Karachi Kings in the past.

Peshawar will be hoping their experienced pacers, Wahab Riaz, Mohammad Irfan and Umaid Asif, to come good after they decided to release right-arm Hasan Ali ahead of the season six draft. England young pacer Saqib Mahmood is also expected to add firepower to their pace attack.

Wahab Riaz was handed over the captaincy in the middle of the season last year, after Daren Sammy decided to step down due to a string of below par performances and injury issues. The left-arm pacer now have the chance to make a fresh start as he prepares to lead the PSL season 2 champions.

The experienced pacer has a point to prove as he was recently dropped for the home T20Is against South Africa. The left-arm pacer, who is the highest wicket-taker (76) In PSL history, bowled with searing pace in the Abu Dhabi T10 league and looks in fine form with the ball heading into the tournament.

Wahab will also be looking to make an impact with the bat as he can provide some strong finishes for his side with his lower-order power hitting. The 35-year-old also promoted himself to one-down in one match last season and might be preparing to repeat that again, after batting at number six and playing a 46-run knock against Quetta Gladiators in a practice match on Wednesday ahead of PSL 6.

Haider Ali emerged as one of the top talents last season, scoring 239 runs, which eventually led to him making his T20I debut for Pakistan against England later in the year. However, after an impressive fifty in his debut, Haider have had a dip in his form and failed to make an impact against New Zealand and South Africa.

The young dashing batsman will be keen to make an impact again this season as he has the ability to provide impetus in the middle of the innings.

The Khanewal-born cricketer is a promising all-rounder who has impressed with both bat and ball in this year’s domestic season. The bowling all-rounder will be of great help to Zalmi during the death overs as swinging yorkers are the most important feature in his bowling armoury.

Imran can also provide some quick runs in the lower-order, having scored his maiden first-class century against Central Punjab this season.