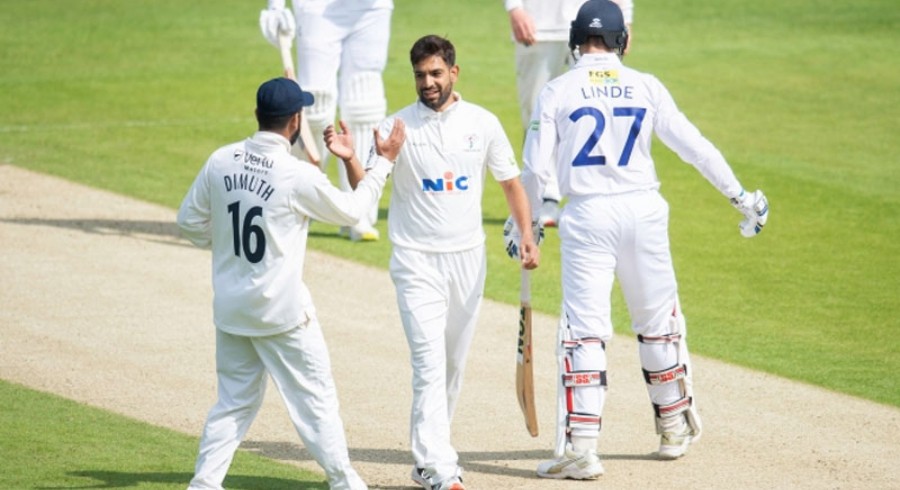 Pakistan speedster Haris Rauf has picked up his maiden five-wicket haul while featuring for Yorkshire in the County Championship Division One 2022.

It is worth adding that this is the second time Haris has taken 5 or more wickets in an innings having played just 7 first-class matches.

Haris enjoyed a decent debut in the county cricket championship as he picked up 3/81 and 3/96 against Gloucestershire whereas could only manage figures of 1/52 and 2/76 against Northamptonshire.

"It was a very exciting moment for me when I took the five wickets and the crowd was cheering. I was very happy to see this," Rauf was quoted as saying by Yorkshire County’s official website.

"This is a different environment, but they are helping me," he said of his new Yorkshire teammates. "The skipper is asking me how I am feeling all of the time. Harry Brook has also played with me in PSL (Pakistan Super League), and Dawid I have met before in international matches. Everyone has been good to me, and I am enjoying it."

Here's a glimpse of Haris Rauf's superb form in the championship:

What a way to start his first match in a Yorkshire shirt at HQ! 🎉#OneRose pic.twitter.com/0Kdc1Mc1E0