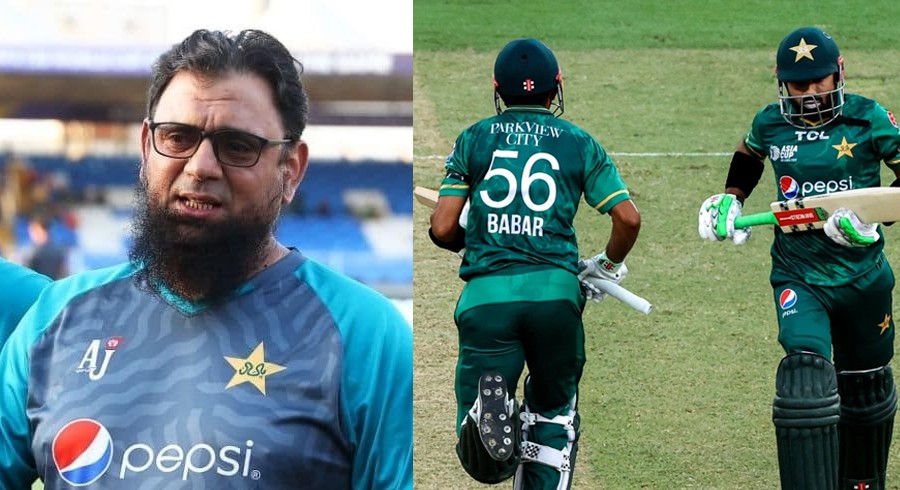 Babar, currently the second ranked Twenty20 (T20) batsman in the world behind team mate Rizwan, managed only 68 runs in six innings and his form would be a concern ahead of the 20-overs World Cup in Australia beginning next month.

"If someone looks at his batting, you'd just say he's unlucky, especially the way he's getting out," Saqlain said after their 23-run defeat by Sri Lanka. Read full story

"It's just a patch. If you look at the rankings, he's (among the) top in T20 International and in ODIs. It's just been bad luck. The way he's training and playing it's amazing.

"His work ethic is top notch."

Babar's opening partner Rizwan topscored for Pakistan with 55 off 49 balls in Sunday's final but his traditional approach to batting appeared ill-suited for the 20-overs format.

"Every team and player have their own style and methods," former Test spinner Saqlain said.

"It's not compulsory that you do what the rest of the world is doing ... His approach is not wrong."

Saqlain also dismissed suggestions of a left-right opening combination of Fakhar Zaman with either Babar or Rizwan.

"If you keep shuffling, it sends a message that you don't trust them," he said.

"You need to give them time. It's not good to shuffle a lot. It sends a wrong message."