VIDEO: Abid Ali opens up about his life-threatening experience

Abid Ali, who never suffered any heart problems beforehand, while speaking to PCB Digital said that his progress is going great and he is looking forward to making a comeback 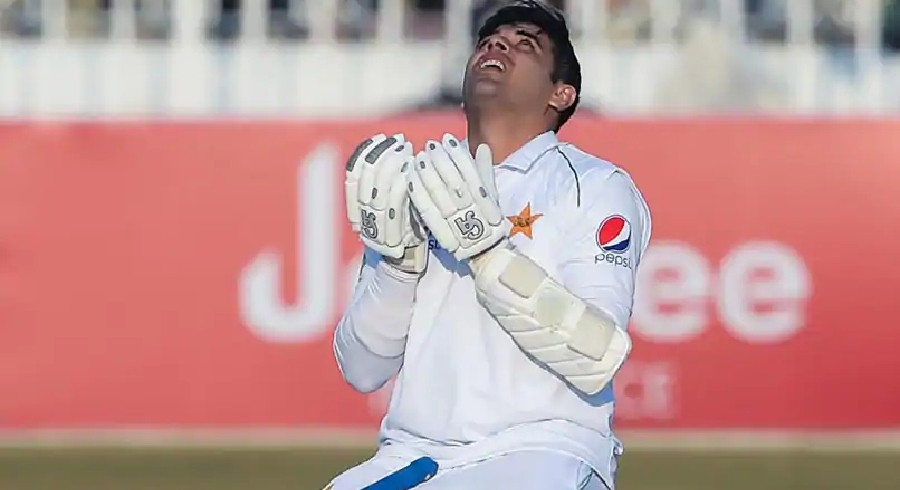 Pakistan Test opener Abid Ali has started his rehabilitation at the National High Performace Center (NHPC) in Lahore after he suffered a cardiac compilation during the final of the Quaid-e-Azam Trophy 2021.

The 34-year-old is planning on making a comeback soon as he is making a tremendous recovery under the supervision of the Pakistan Cricket Board (PCB) medical team.

Abid Ali, who never suffered any heart problems beforehand, while speaking to PCB Digital said that his progress is going great and he is looking forward to making a comeback.

"Cricket is my life. It is a priceless aspect of my life that I do not want to leave. I am trying to return to cricket as soon as I can… I am hopeful that I will make my comeback [in cricket] in this new life that the Almighty has given me," said the opening batter.

“The PCB medical team has prepared a rehab plan for me. God willing, I will try to hold the bat as early as I can and start training,” he added.

Diagnosed with Acute Coronary Syndrome, Abid Ali underwent angioplasty and has since then been under constant care to ensure he heals properly and continues doing what he loves; representing Pakistan.

Recalling the incident, Abid Ali said that God has blessed him with a second life and he will cherish every moment of it.

"As cricket has a second inning, the Almighty has given me a second life," Abid remarked. "I started to feel uneasiness and pain while batting. It worried me. When the pain intensified, I did some running and also consulted my batting partner, Azhar Ali. Subsequently and with the permission of the umpires, I left the field. But as I reached the rope, I started to vomit and got dizzy. The team physio and doctor, Asad [Central Punjab’s team doctor], ran towards me, took off my pads, and rushed me to a hospital."

Unable to realise what was happening, Abid Ali claims that he was in a state of confusion from the time he was in the middle till the doctors returned to him with a substantial-conclusion as to what was wrong.

"I was not aware that I was having a heart issue,” he said. "The doctors conducted ECG (electrocardiogram), which did not come out fine. They asked me how I was even walking, and told me that a normal person’s heart operates at 55 percent, while mine was operating a 30 percent. A valve of your heart is blocked, and we will have to insert two stents," he added. "The incident left me in a state of shock."