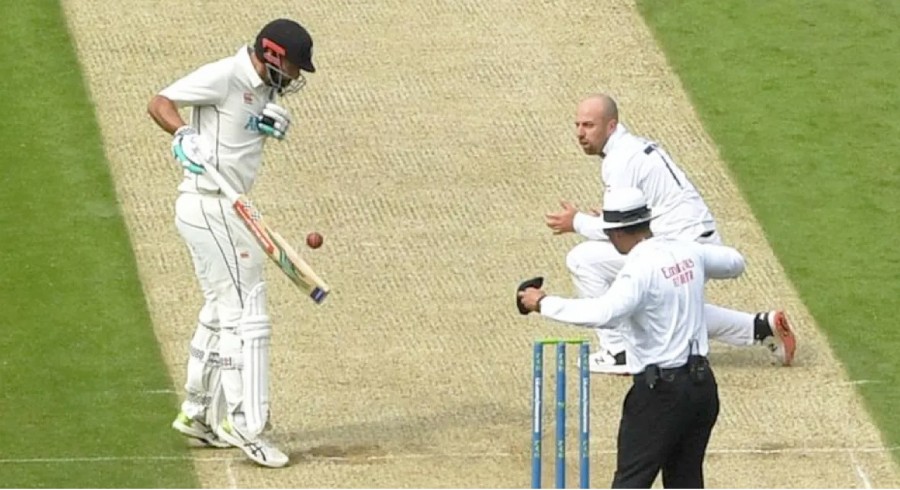 Cricket, a game that has been around for centuries, still never fails to surprise. One such incident occurred during the final Test match between England and New Zealand which left everyone in the stadium baffled including the commentators.

The incident occurred when Henry Nicholls tried to hit Jack Leach out of the park. The Kiwi batter stepped down the track and connected well. However, Daryl Mitchell, who was at the other end, saw the ball coming straight at him and was forced to take evasive action.

In doing so, the ball ricocheted off his bat which was in the ball’s trajectory. Had Mitchell been a fraction fast, it would have gone for four. Instead, it hit his bat and ricocheted to the nearby fielder who completed an easy catch.

Here's how it went down:

New Zealand ended the day with 225-5 on the board with Daryl Mitchell and Tom Blundell repairing the early damage caused by Stuart Broad and Jack Leach.