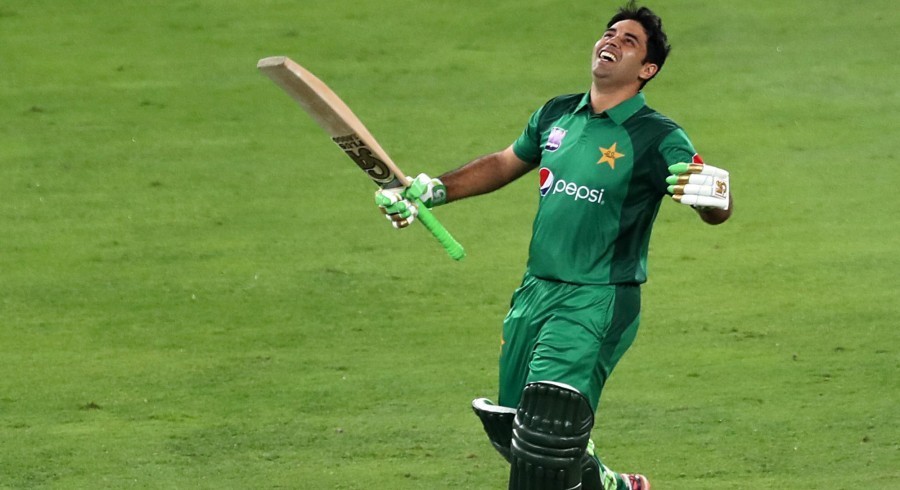 Pakistan opener Abid Ali is eager to meet his ideal cricketer and legend Sachin Tendulkar, ahead of the International Cricket Council (ICC) World Cup in England and Wales.

While talking to Express News, at the Gaddafi stadium in Lahore, Ali said that he would be delighted, if he gets to meet the former Indian cricketer, during the mega event.

“It's my wish and hope that I meet Sachin Tendulkar. He is my ideal and I try to follow his technique while playing,” said Ali. “I’m sure he will not refuse to see me, during the World Cup if an opportunity presents itself, because great players like him always try to guide youngsters through their advice. It will be the best day in my life when I meet him because he was one of the best batsmen.”

Speaking about his inclusion in the World Cup squad, the right-handed batsman said: “I will try to repay the trust of selectors by performing well during the mega event.”

Meanwhile fast-bowler Junaid Khan said that he feels no pressure on competing for a place in the World Cup squad with fellow pacer Mohammad Amir.

“I think whoever performs better will be part of the side but there is no pressure on me,” said Khan. “I will try to get wickets of top players, if I play in the World Cup.”

“I don’t think this will be my last World Cup and my sole focus is doing well at the mega event,” said Hafeez. “I would like to tell the fans that we are leaving no stone unturned in terms of preparation for the World Cup.”

The 38-year-old was also keen on making most of the opportunity of batting at the number four position in the batting order, instead of his usual opening slot.

“Although I have played majority of my career as an opener but the current team management feels that I will be more useful at the number four position and hopefully I will fulfil that role successfully,” he said.

He was also optimistic about being fit for the mega event.

“I was out for nine weeks because of an issue with my surgery but I will be fully fit in time for the World Cup,” he said.

“I will not comment on it because Sehwag’s statement was a laughable one,” he said. “The match is important but should not be compared with war. Such statement are only given to entertain people and nothing more.”

He added: “Indo-Pak match generates a lot of interest among fans and we will try to entertain them through our performances on the field.”

Middle-order batsman Haris Sohail stressed on the importance of England series before the mega event.

"The World Cup is still a little while away," said Sohail. "Before that, we have a very important series against England. England is a quality side, the number one team. If we win that series, we'll get a great deal of help in getting used to those conditions. We still have about 10 matches to go before the World Cup if you count all the practice matches. So we're hopeful of getting acclimatised well and producing good results at the World Cup."

Meanwhile top-order batsman Babar Azam spoke about the importance of playing out the full overs, in a way which benefits the team as a whole.

"If I can be number one in the world without power hitting, then I don't need power hitting. But when I need to, I utilise it well. I don't just play along the ground. I practice hitting the ball big and when needed, I use it,” said Azam. “My role is to play out the full overs. My individual role is to take the innings as deep as I can and perform in a way that benefits the team most of all."