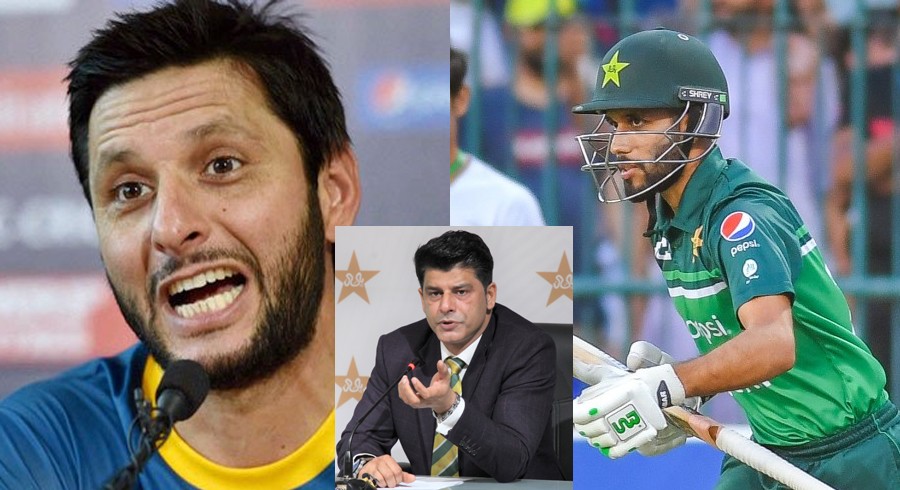 Emerging wicketkeeper-batter Mohammad Haris made his debut in the recently concluded ODI series against West Indies which Pakistan won by 3-0.

The right-handed batter only managed to make six runs in two innings while kept wickets in the final match.

"It was a foolish decision by these people. I won't say this to Ramiz Raja but if Mohammad Wasim is listening, I ask him to don't take such steps," said Afridi on a local news channel.

"Why are you selecting a player who performed in two T20 matches for ODI cricket? Is the process that easy to earn Pakistan's cap?" he further questioned.

The former all-rounder added that he is not against the inclusion of youngsters in the national team but they should play domestic cricket first.

"I also back the inclusion of young players but at least let them play domestic cricket. You have Sarfaraz and Rizwan as well. It is not as if Rizwan's cricket has finished that you have brought in another player," he added.

Afridi also backed wicketkeeper-batter Mohammad Rizwan, who has not been at his best in ODI cricket in recent matches.

"He doesn't need to do anything special. Rizwan should enjoy ODI cricket, similar to what he does in T20I cricket," he said.

"Expectations are so high from Rizwan, due to his performance in the recent past, that if he doesn't do well in a two or three matches people start talking about him. But we will still back him because he is a key player in our side," Afridi concluded.