The opener, who made a double century in India's opening Test win, scored 108 after the hosts elected to bat 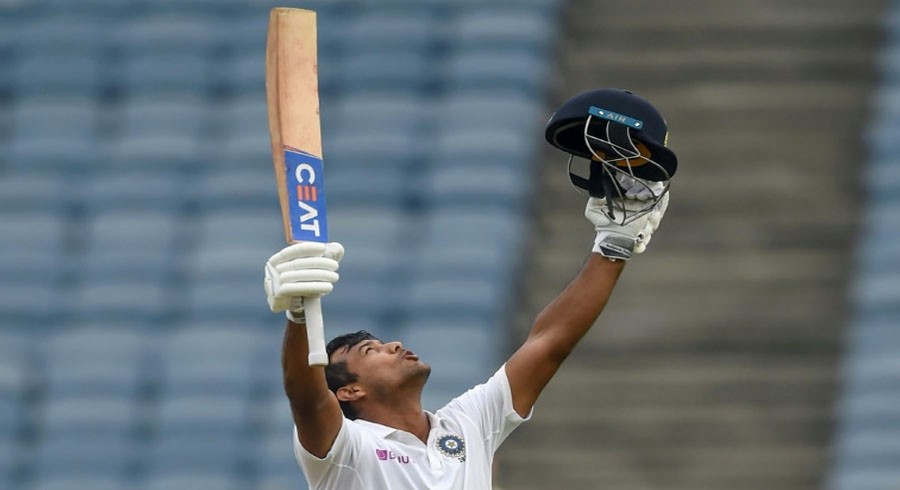 India’s opener Mayank Agarwal hit his second century in successive matches on the opening day of the second Test against South Africa on Thursday and said his side should aim for a 500-run first innings.

The opener, who made a double century in India's opening Test win, scored 108 after the hosts elected to bat.

India were 273-3 when bad light forced an early end to play, with skipper Virat Kohli unbeaten on 63 and vice-captain Ajinkya Rahane on 18.

Kohli and Rahane put on 75 runs for the fourth wicket to thwart South Africa's determined bowlers who kept them under pressure as the gloom crept in.

Agarwal, 28, said he was thrilled with his performance.

"The team is in a good position, winning the toss, batting first and with one batsman short, it's a good thing to make runs. 450-500 would be nice," Agarwal said. "Try and get big runs in the first innings (that) could help us in case we don't want to bat again. It could really put pressure on the South Africans."

Kohli, leading the Test side for the 50th time, reached his half-century with a boundary off fast bowler Vernon Philander.

But Agarwal took the lead role despite being hit on the helmet from a bouncer by debutant paceman Anrich Nortje. He went on to hit Nortje for three glorious off drives in one over before lunch.

The right-handed batsman put on 138 runs for the second wicket with batsman Cheteshwar Pujara, who made 58, to steady the innings after the fall of opener Rohit Sharma early in the day.

He was eventually caught in the slips by South African captain Faf du Plessis — one of fast bowler Kagiso Rabada's three wickets for the day.

Rabada also claimed Sharma, who edged the ball into the gloves of wicketkeeper Quinton de Kock for 14 in the 10th over.

That was a disappointment for Sharma, who hit twin centuries in his first run as Test opener in Visakhapatnam where India took a 1-0 lead in the three-match series.

Rabada struck again to get Pujara, caught again by du Plessis, just before tea. Pujara, who was dropped by Temba Bavuma before he scored, hit a six and nine fours. Rabada returned figures of 3-48 in 18.1 overs.

Victory for India in the series will see them beat the record of 10 straight home series wins they share with Australia. 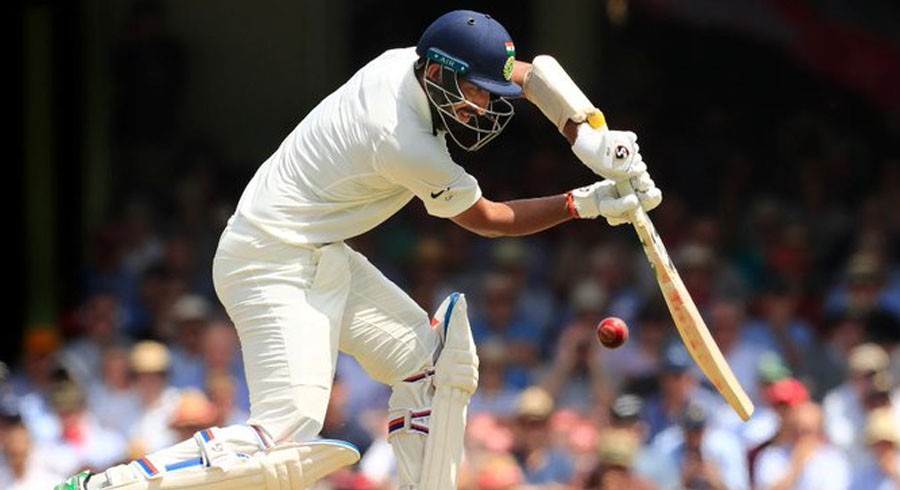 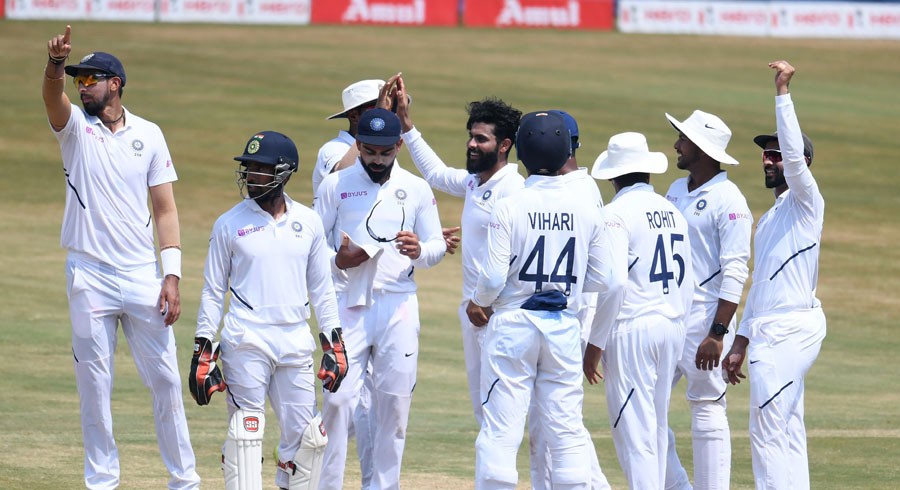