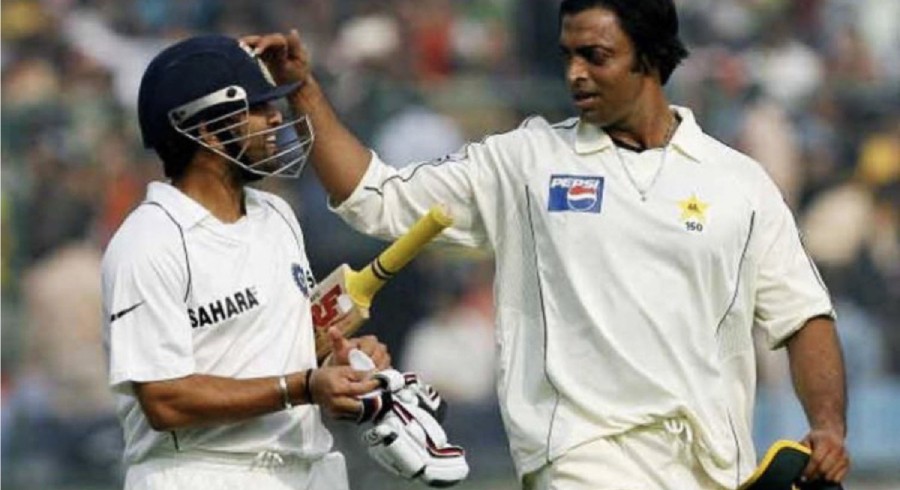 Former Pakistan speedster Shoaib Akhtar claims that he was unaware of who Sachin Tendulkar was when he first broke into the Pakistan national team.

Referred to as The Rawalpindi Express, Akhtar said that he was informed of Tendulkar's reputation only after Saqlain Mushtaq informed him about it.

"Saqlain told me about Sachin Tendulkar and his stature. I did not know about him as I was lost in my own world. I only focused on what I will do and what the batter was thinking," said Akhtar.

Akhtar and Tendulkar both shared a great on-field rivalry; both players came against each other in six Test matches and 11 one-day internationals. The pacer dismissed Tendulkar twice in Test matches whereas got the better of him four times in the ODI format.

While on the subject of India and Pakistan, Akhtar also drew comparisons between the Pakistan and India pacers. Akhtar said that Indian pacers were always looking to defend whereas the Pakistani pacers were on the lookout to bowl even faster.

"I thought, If I get a spell here, I will run through the batters. I will just take the five wickets there and win the match for Pakistan. You can’t be a star without being a match-winner. We used to win games for the country," Akhtar remarked.

The rivalry between India and Pakistan is set to be reignited as both nations will come up against each other in the upcoming Asia Cup 2022. The previous meeting between both nations in the T20 World Cup, where Pakistan beat India by 10 wickets, has made future contests even more enticing.