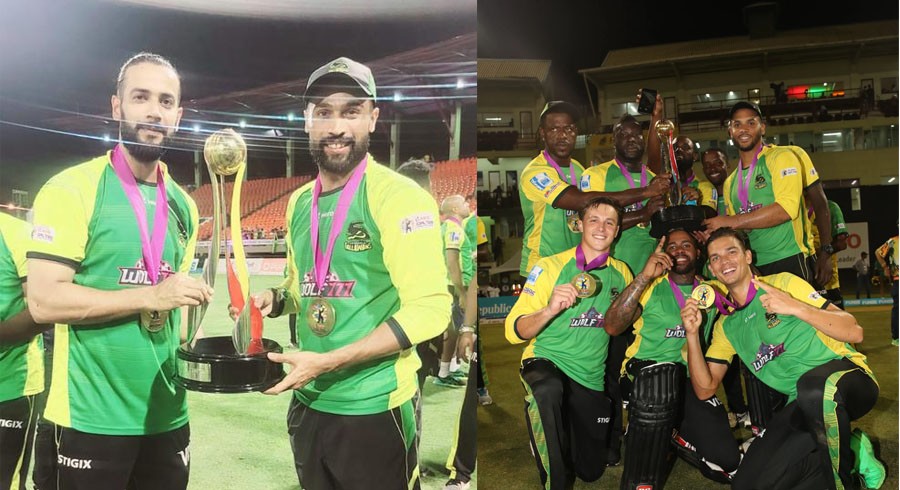 Amir was not playing the final due to a groin injury; however, Imad Wasim starred with 1-18 as Tallahwahs chased down the 162-run target in the 17th over of the game.

Imad Wasim finished as the second highest-wicket taker of the tournament, while Amir stood at the fourth spot. At an economy of 5.97, Imad took 17 wickets in 13 games whereas Amir bagged 16 in 12 at an economy of 6.43.

Both the duo expressed their joy on Twitter and thanked Jamaica Tallawahs for their great hospitality.

It must be noted that Amir only plays franchise cricket, as he retired from international cricket in December 2020, while Imad is vying for the spot in the Pakistan team after being dropped after the series against Bangladesh in November 2021.