Pacer excluded from 15-man squad, will be part of 17-man squad for England series

Pakistan left-arm pacer Mohammad Amir was unable to enter the 15-man provisional squad for the 2019 World Cup, however, he might have a chance to enter contention if he performs during the series against England.

Pakistan are set to face the Three Lions in a one-off T20I and five ODIs before the World Cup and Amir’s exclusion from the announced 15-man World Cup squad may serve as a warning to the pacer to return to form.

The 27-year-old was the key difference together with opener Fakhar Zaman when Pakistan beat India the final of the 2017 Champions Trophy, but his wicket-taking ability had dipped since then.

He was asked to go back to domestic cricket to find his midas touch, which he did successfully, but after returning to national duty, he wasn’t able to replicate the success he had in the domestic circuit.

“We have the option of changing the squad till May 23,” said chief selector Inzamamul Haq, hinting at the arrival of the pacer back in the final 15.”

Speaking on Amir’s inclusion in the 17-member squad, chief selector said: “Although Amir’s performance hasn’t been impressive off late, his experience in England can be beneficial for the side.”

According to Inzamam, late-order hitter Asif Ali has also been given a chance in the 17-member squad to show his prowess with the bat during the death overs.

“We are lacking a power hitter in the later part of the innings and Asif Ali has been added to fill that gap with his late-order hitting.”

Apart from the usual suspects, Pakistan Super League side Quetta Gladiators’ pacer Mohammad Hasnain was able to make it to the final 15 for the World Cup.

The pacer, who regularly sends out at 150kph bullets and was touted as the next big thing by the likes of former Aussie all-rounder Shane Watson, is part of a pace battery which includes youngster Shaheen Shah Afridi, ever reliable Hasan Ali and veteran Junaid Khan.

Inzamam was excited with the prospect of an express pacer bowling in England.

“Hasnain can be a surprise package for us as he bowls 150 kph and will complement the other senior bowlers well.”

Faheem Ashraf, Imad Wasim and Shadab Khan will play the roles of all-rounders, while the World Cup squad will be led by wicketkeeper-batsman Sarfaraz Ahmed with the experienced all-rounders Shoaib Malik, Mohammad Hafeez, and Babar Azam at his disposal in the middle-order.

Inzamam was also confident about Mohammad Hafeez recovery in time for the World Cup.

“Although Hafeez inclusion in the World Cup squad is subject to fitness, yesterday we got a boost when he started playing with tennis ball with his doctor confirming he will be available for selection for the series against England.”

Opener Abid Ali, who scored a century on debut against Australia in a losing cause, was able added to the squad as a probable replacement for full-time opener Imamul Haq and Fakhar Zaman.

Chief selector was overall confident that the squad selected has depth in every department and has the ability to go all the way.

“While picking the side, we’ve tried to cover all bases by assessing our strengths as well as analysing each opponent, the match venues and the event format.”

Inzamam added: “This side has the capability and potential to rise to the occasion and produce strong performances.”

The Pakistan team will leave for England on Tuesday, April 23. 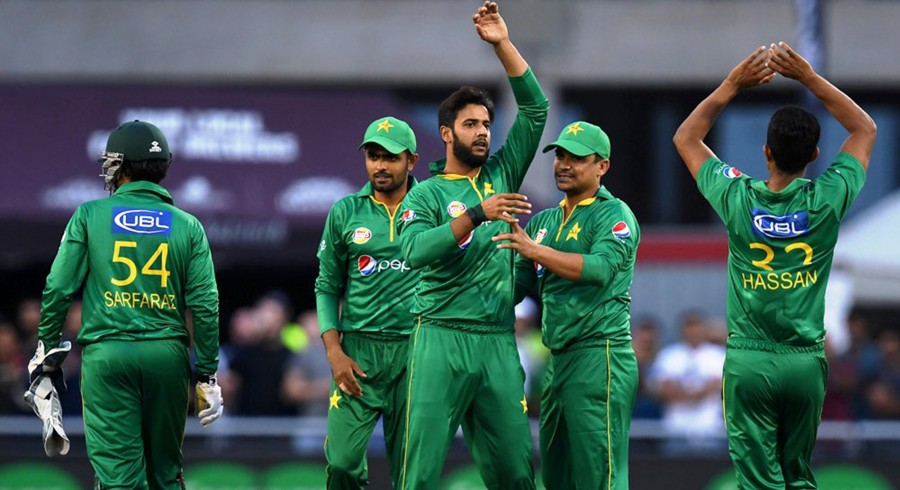