Anything that the Akmals say, I don't listen to at all: Mickey Arthur 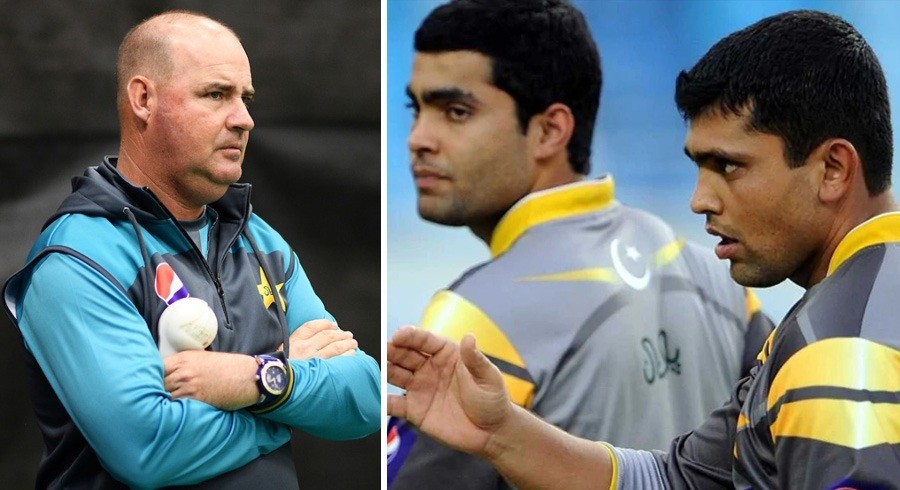 While speaking to Cricbuzz, the former Pakistan coach said that he is not bothered by Kamran Akmal’s statements in the media against him.

“Just look at what happened to Kamran Akmal. Kamran Akmal is a comfort zone player. He couldn’t field. Sarfraz Ahmed was captain. He wasn’t going to be the wicketkeeper. We took him on a West Indies tour and he was average at best. Kamran Akmal failed two fitness tests. So to be honest, anything that the Akmals say, I don’t listen to at all. Anything they say, I just take with a pinch of salt,” said Arthur.

Last year in an interview, Kamran had slammed Arthur for ignoring deserving players under his tenure.

“Don’t know about this new team management but the previous one highly promoted favouritism. They didn’t give respect to the players who performed at the domestic level,” said Kamran. “What was wrong with Iftikhar? Previous management even didn’t bother to try him. And now see his importance. Like Iftikhar, many other players were ignored.”

“By saying youngster, youngster, our cricket has gone down. Their whole tenure was based on [the] Champions Trophy triumph. How long will you survive with just a single achievement?” he added.

Earlier this year in an interview with BSports Pakistan, Arthur also recalled his heated exchange with Umar, while admitting that he might have used couple of strong words.

Back in 2017, Akmal had said that Arthur cursed at him in the presence of then Chief Selector Inzamamul Haq and implied that other players have also been at the receiving end of the South African’s foul-mouthed rants.

“I thought he was arrogant during the incident at the high performance centre. He went up to our fitness trainer Grant Luden and asked him for his fitness programme, despite the fact that he was given six to seven of those in the past. He then walks up to Grant Flower and asks ‘can I have a hit?’ which I thought was unbelievably arrogant,” said Arthur.

“That’s is where I told him lets go and have a chat. I told him that you need to sort things out first which includes improving fitness and scoring runs before coming to the academy to use our facilities. I might have used couple of stronger words as well but that was to shock him into some sort of action,” he added.