Asad Rauf: Once an elite umpire, now an owner of a shop in Landa Bazaar

In an exclusive interview with Cricket Pakistan, Asad Rauf revealed his transition from being a world-renowned umpire once to selling clothes and shoes in Landa Bazaar, Lahore 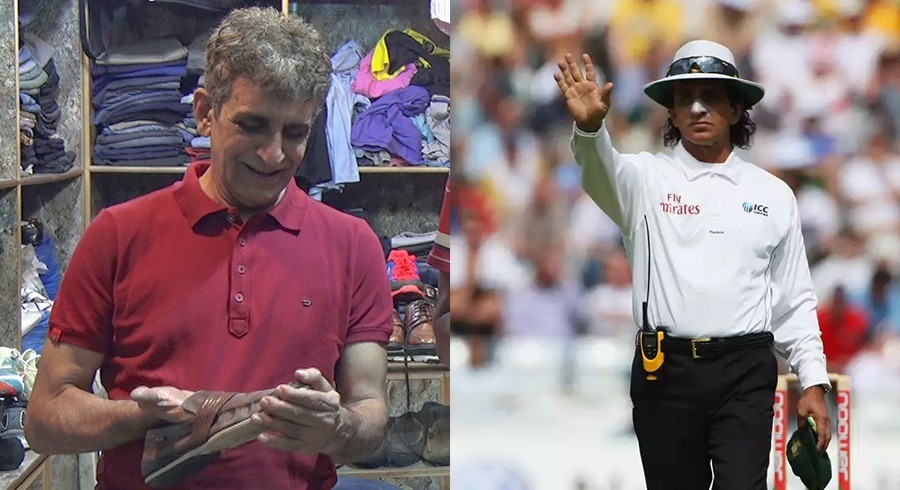 Former elite umpire Asad Rauf was once considered to be the best in the business alongside Aleem Dar. However, things have drastically changed since then for him.

In an exclusive interview with Cricket Pakistan, Asad Rauf revealed his transition from being a world-renowned umpire once to selling clothes and shoes in a thrift store (Landa Bazaar), Lahore.

"I have always done those things which haven't been done before in my family. No one in my family ever played cricket and I played First-Class cricket for more than 17 years. I spent 10 years in England playing professional league cricket. Similarly, no one ever did umpiring and I did it on the highest level. No one has even done this Landa business and I have been doing this for the past 30 years.," Asad revealed.

The 66-year-old lost interest in match umpiring since his name was involved during the 2013 IPL match-fixing controversy. Following that, he went back to running his businesses which were already in place long before.

"This work [Landa bazaar shop] is an old business of mine and had I not pursued becoming an umpire, I would have been doing this exact thing. Along with this, I also have an iron and metal business. I started all these things long before I decided to pursue umpiring," revealed Asad.

The former umpire claimed that he often sees people pitying him for doing this business but said that it couldn't be further from the truth.

"I often hear people talking about me and my Landa Bazaar business but I do this for myself. I am not greedy, thanks to Allah Almighty, I live in DHA Lahore and I am happy with what I have. People are not used to putting in effort on their own which is why they judge others," Asad slammed his critics.

Rauf was accused of taking expensive gifts from the bookies in form of bribes and placing bets on IPL matches in 2013. However, Asad categorically denied all claims and said that he has a judge's verdict as proof that finds him innocent.

"The supposed incident occurred in 2013 and BCCI were asleep for three years. They opened up an inquiry in 2016 and it was a forced inquiry because there was no truth to it. They failed to present any substantial proof against me and I still have the judge's verdict which states that any proof or evidence against Asad's case is missing in charge," Asad revealed.

Rauf revealed that he had already notified ICC regarding his retirement in 2012 and has received no formal letter regarding his alleged bribing case from the ICC to this day.

"I told ICC that I will be handing in my resignation after 2013. I am answerable to ICC and not to the BCCI; if the BCCI wanted to lodge a one-side case against me in India then that's on them. Because as far as I am concerned, the ICC never took charge of the situation because there was no truth to these allegations to begin with," he clarified.