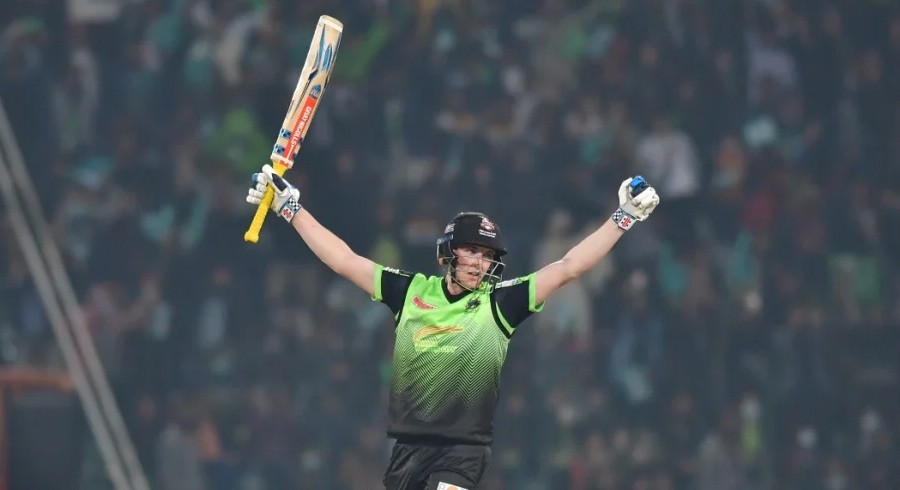 The make-up of England's final XI for the first Test of the home summer has been the cause of much conjecture over recent months and the recent appointment of Ben Stokes as captain and Brendon McCullum as coach has provided a few hints into the selection conundrum faced with vital World Test Championship points up for grabs.

England have just one Test victory to their name over the last 12 months and need to get some momentum quickly under their new captain and coach to stay in contention for next year's WTC Final.

Stokes has already indicated veteran duo James Anderson and Stuart Broad are likely to win a recall during the three-match series against the Kiwis, while the new Test skipper has said he will bat at No.6 and former captain Joe Root will revert to his more favoured position at four.

Ollie Pope and Jonny Bairstow appear the two most likely to win spots in England’s top six, but Atherton thinks England should take a chance and select Brook.

Brook has 840 runs to his name for Yorkshire from nine innings at this year's County Championships and Atherton said this week's first Test against New Zealand at Lord's is the perfect time for the 23-year-old to be blooded.

"I'd have to pick him (Brook) ahead of Bairstow at No.5, just because of the form he is in. His first-class form has been exceptional," Atherton told Sky Sports.

"When you pick a young player is so important and he will never be in better form than this, never be more confident than this.

"He may go off the boil at some stage and then if you put him in the team it might be slightly unfortunate."

While Atherton wants to see Brook win his first cap, he expects selectors to take a more cautious approach and stick with Bairstow at number five.

The right-hander scored an excellent century against Australia during the final Ashes Test in Sydney earlier in the year and the backed it up by reaching triple figures again two months later against West Indies.

"Bairstow was the success story of the winter," Atherton noted.

"He has been away in the IPL but in the Test stuff before that he had two hundreds, one in the West Indies and another at the end of the Ashes.

"It's not absolutely straightforward and the slight conundrum has been created by the fact Stokes has said Root will go back to No.4 and they want Pope to have a dash at No.3.

"I don't think England will slip Brook in that middle order but the temptation must be there - it must be so tempting to play a young man who is in that kind of form."