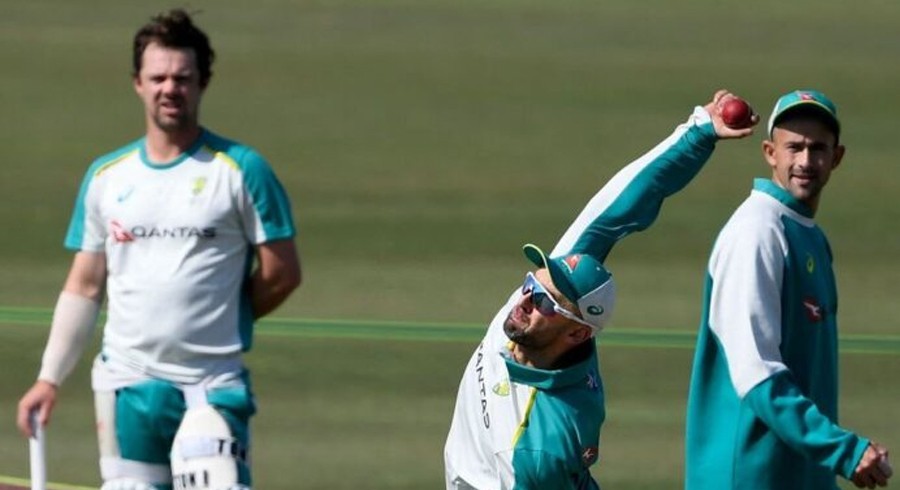 Australia cricket captain Pat Cummins did not reveal the makeup of his team for the opening Test against Pakistan but said playing two spinners remained an option in Rawalpindi on Friday.

The tourists, however, are tempted to field a second spinner on a pitch where Cummins expects decent turn even if not from the very first session.

"I don't have an XI yet. We're pretty sure but we just want to have another look at the wicket," Cummins told a media conference on the eve of the match.

"We have got a fair idea of what we want to do but don't want to make the call too early without fully knowing what the wicket is."

It would be a toss-up between uncapped leggie Mitchell Swepson and left-arm spinner Ashton Agar should Australia pick a second slow bowler for the soldout contest.

"I think that they're both great options," Cummins said.

"Swepo is a leg-spinner, it's a real luxury to have. He's been bowling fantastically (in domestic cricket), he's ready to go.

"Agar has been fantastic whenever he's played for Australia. I think he's really grown as a bowler in the last couple years as well.

"So either of those two are absolutely ready for Test cricket if they get a chance."

Australia's optional training session was cancelled on Thursday but Cummins was not overly worried about it.

"We had a good look at the wicket the last few days," the 28-year-old, on his first overseas series in charge, said.

"It looks like a good wicket. Probably, as expected, not a heap of grass on it but enough to probably keep it together a little bit."

Pakistan have lost fast bowler Hasan Ali and all-rounder Faheem Ashraf through injuries while seamer Haris Rauf will miss the match after testing positive for COVID-19.

Cummins would not underestimate his opponents though.

"In international cricket, you've got to have a squad to players. I'm sure that will be a big loss but it gives opportunities for other players to step up."