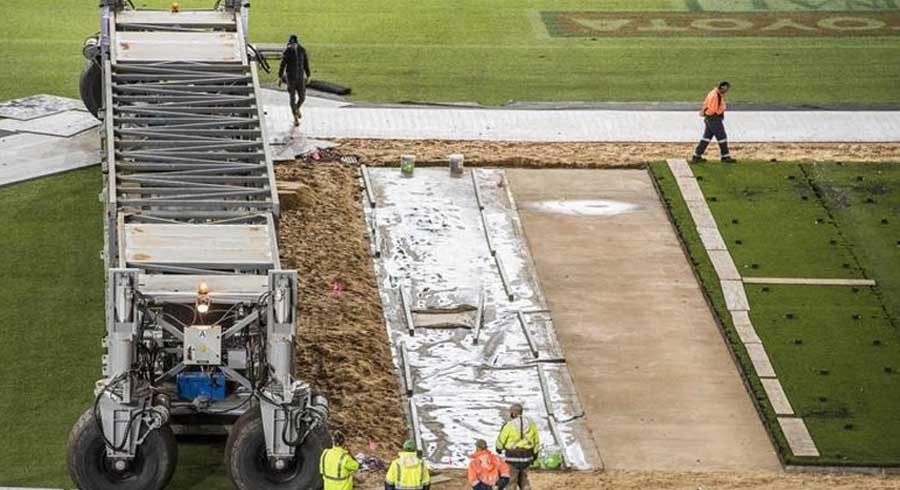 The Pakistan Cricket Board has rejected media reports, which suggested that it had shelved the idea of drop-in pitches.

In a statement, the PCB reiterated and re-emphasised that all plans were on track and the board had already submitted an order for the Australian clay, which is expected to arrive in Pakistan next month.

The PCB said Mr Damian Hogg, the head curator at the Adelaide Oval, has been appointed as a consultant to materialise the idea of drop-in pitches. Mr Hogg is scheduled to arrive in Pakistan next month to share his expertise with the local curators, which will expedite the implementation.

It must be noted that PCB have started relaying pitches at GSL and NSK. Some of the pitches will offer bounce and pace, using soil from Australia, bearing in mind this year’s T20 World Cup. The curators will also add Bermuda Dhaka Grass.

A total of 13 pitches are expected to be renovated under this new initiative launched by the PCB.