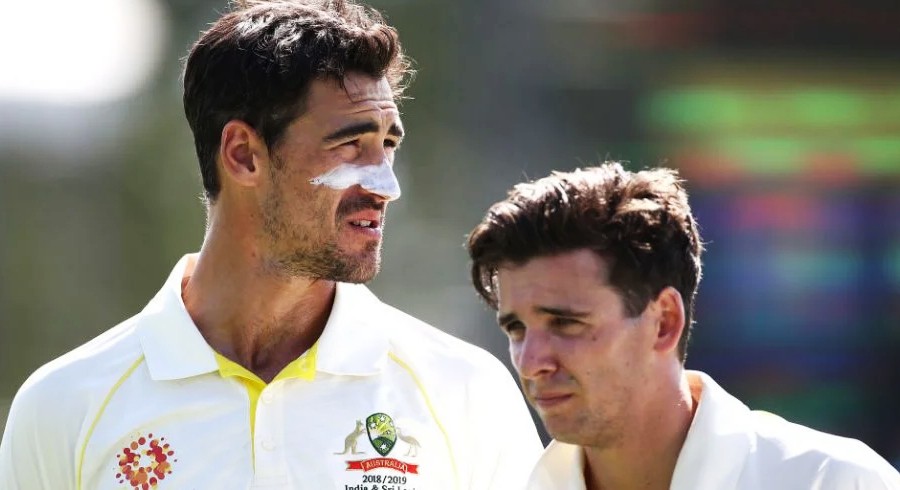 Pacer Jhye Richardson will be rested for Australia's historic tour to Pakistan as he was named in the squad to play a 5-match T20I series against Sri Lanka in March.

Richardson, who made an instant impact for Australia, has consistently suffered from injuries which is why Cricket Australia wants to utilise him strategically - to stop his body from breaking down.

Speaking to Cricket Australia, Richardson opened up about missing the Pakistan tour and more.

"These conversations have always been positive, there's never been a negative word said regardless," Richardson said.

"It's making sure we're in the best place possible to play for the next 10 years and making sure the body is right and 100 percent moving forward.

"No doubt it would be exciting to play Test cricket in the subcontinent, it's a big challenge.

"But for me now the focus is most certainly on the Sri Lankan series with another T20 World Cup coming up."

National selection panel chair George Bailey said there would be plenty of international opportunities for Richardson during the winter.

"If you look through that schedule there's an enormous amount of cricket coming up so I think Jhye will be comfortable and get enough cricket," he said today.

"Jhye is highly talented across all formats, he's a player that we've got long-term expectations and long-term hopes for.

"He still hasn't played a huge amount of cricket coming back from the injuries and things that he's had over the past couple of years so (it's) just making sure that he gets the opportunity to build up … is really important."