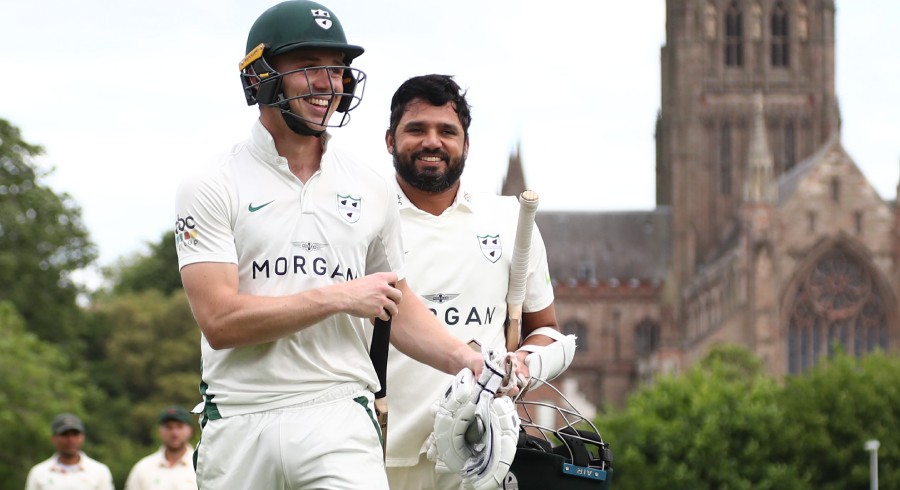 After a poor start to the County Championship 2022, Azhar Ali has bounced back strongly and has registered his first-ever double century in English county.

Azhar, who is representing Worcestershire, remains unbeaten on 202 before stumps were called on day two. His innings included 18 fours and a maximum.

The former Pakistan Test captain had a horrid start to the campaign after he only scored 34 runs in the first six innings. However, since then, he has contributed splendidly with the bat with 92, 88, 62, and now 202*.

A magnificent innings just got even better. A double hundred for Azhar Ali!

Azhar becomes the second Pakistani batsman to score a double century in the ongoing edition of the County Championship after Shan Masood.