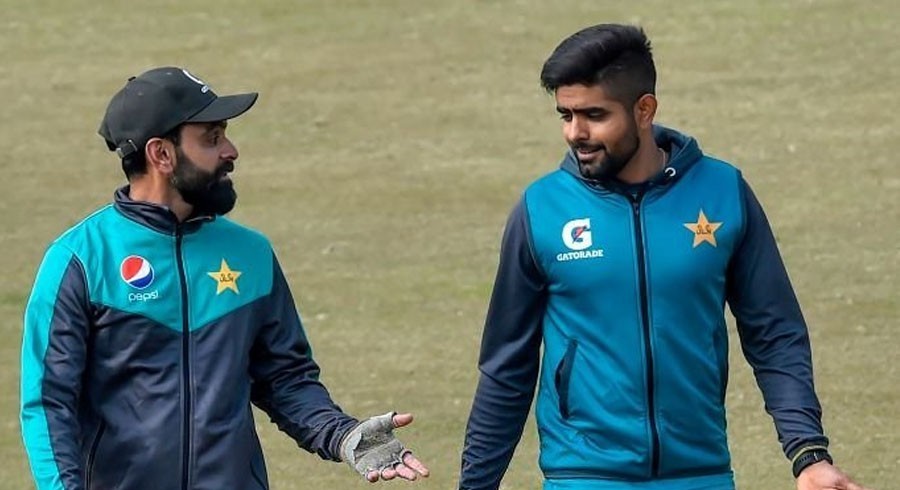 Veteran all-rounder Mohammad Hafeez believes Pakistan’s limited-overs captain Babar Azam is yet to reach his full potential as a batsman.

Hafeez, in a YouTube show Cricast on Monday, advised Babar to work harder on improving his batting, which will take his game to another level.

“He [Babar] is a brilliant performer for Pakistan. In his five-year career for Pakistan so far, he has played some amazing cricket. However, he is yet to reach his full potential, considering his talent,” said Hafeez.

“He is like my younger brother and I tell him to his face that a talent like him is not there yet where I want to see him. He is trying to push those barriers and I am confident that he will serve Pakistan for a long time,” he added.

ALSO READ: Not the time to be silent: Sammy urges ICC to stand up against racism

The 39-year-old added that he wants to see Pakistan’s newly-appointed limited-overs lead the national side in more matches before passing any judgement on his captaincy.

“I haven’t seen him a lot as a captain. I played only two matches under his captaincy. I can’t evaluate his captaincy until I see his personal tactics as a captain in different match situations,” he said. “I have best wishes for him that he leads Pakistan for a long period of time and joins the list of successful Pakistan captains. It will be beneficial for him as well as Pakistan because when our top-level performer will start winning as a captain, his confidence will be even higher.”