The 27-year-old carried his Test form into the ODI series against Australia, scoring consecutive centuries, leading Pakistan to a 2-1 win in the three-match series 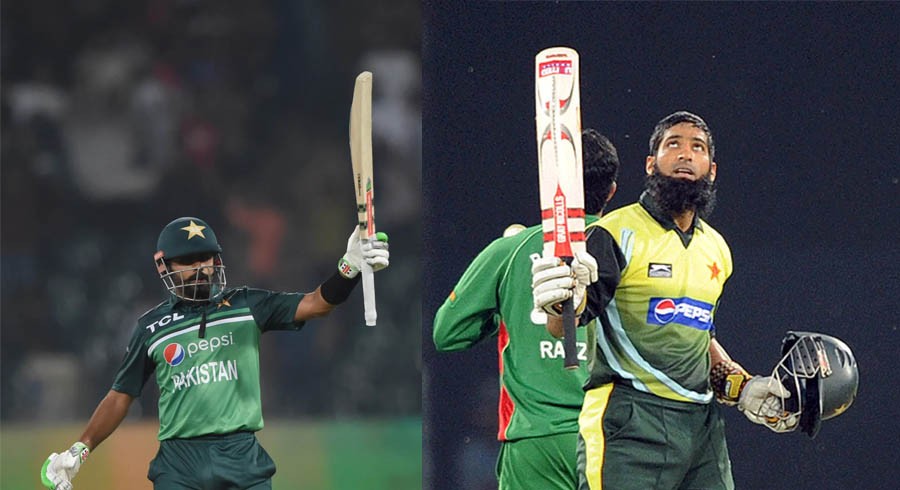 Pakistan captain Babar Azam is in a dream form as everything he touches, turns to gold.

The 27-year-old carried his Test form into the ODI series against Australia, scoring consecutive centuries, leading Pakistan to a 2-1 win in the three-match series.

The No.1 ranked batter in just his 84th innings of 50-over format, reached 16 centuries. Babar surpassed legend Mohammad Yousuf in the list of scoring most centuries for Pakistan in ODIs.

Yousuf had scored 15 centuries in 267 innings for Pakistan while left-arm opening batter Saeed Anwar is top in the list with 20 centuries in 244 innings.

Remember, Babar also became the fastest to reach fifteen ODI hundreds after scoring a ton in the second ODI. He got there in 83 innings while Hashim Amla previously held the record of scoring as many centuries in 86 innings.

It must be noted that Babar Azam is third on the list of having the highest average in ODIs. He averages 59.18 while his friend and teammate Imam-ul-Haq is fifth on the list, averaging 53.97.