Missing the first ODI against England with a groin injury, Kohli made just 16 in the second match, which India lost by 100 runs at Lord's 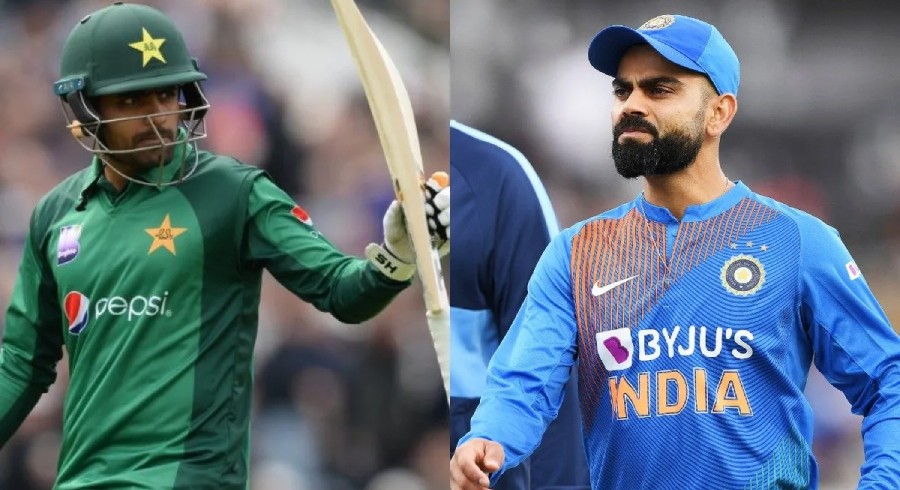 Pakistan captain Babar Azam has come out in support of fellow generational talent Virat Kohli after the latter's dip in form.

Missing the first ODI against England with a groin injury, Kohli made just 16 in the second match, which India lost by 100 runs at Lord's.

It means the right-hander has now gone 77 consecutive international innings without reaching three figures, after scores of 1 and 11 in the T20I series and failures in the rescheduled fifth Test.

India's T20I squad to take on the West Indies is also missing his name, with Jasprit Bumrah and Yuzvendra Chahal rested for the same tour.

With a T20 World Cup around the corner and World Test Championship points needed to keep up in a race for next year's final, Kohli's place in the team has been pondered by fans and former legends, though his Pakistani counterpart has extended his support via social media.

Few understand the difficulties of maintaining world-class form like Pakistan's skipper, who comparatively is in a purple patch at present.

Making international centuries in recent series against Australia and the West Indies, as well as a T20I half-century against Australia in Lahore last month, Babar is top of the list in the MRF Tyres ICC batting rankings for both ODI and T20Is, and fourth in Test cricket.

Earlier in the week, Kohli also found support from captain Rohit Sharma, who stood up for his teammate ahead of the England ODIs.

“When someone is scoring consistently for so long, we can’t overlook his contribution if he is not scoring in one or two series or in one or two years.

"We know the importance of Virat Kohli. The experts have got all the right to talk about it but for us, these things don’t matter,” he added.