Yadav remains in second place on the T20I rankings, with Babar now holding a lead of 13 rating points 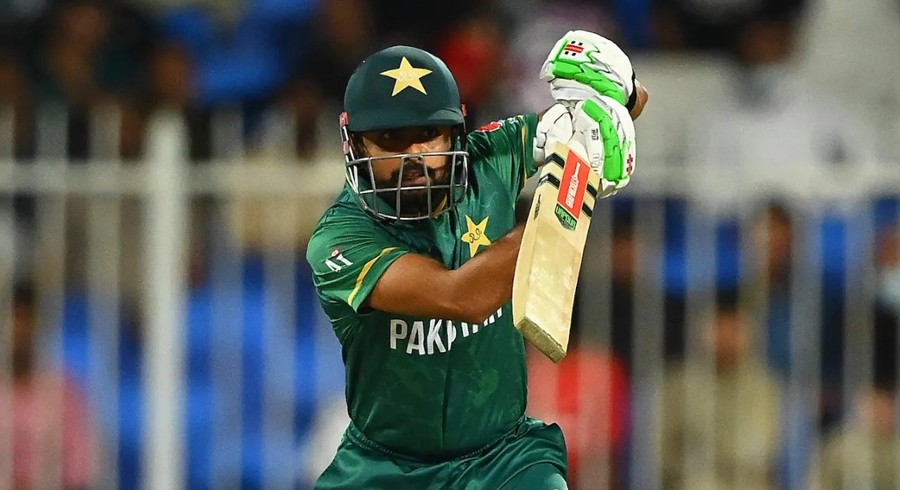 Pakistan captain Babar Azam has managed to hang on to his mantle as the No.1 ranked T20I batter despite the fact a host of India stars made giant strides on the latest ICC Men's Player Rankings.

India cruised to a 4-1 series triumph in the recently-completed T20I series against the West Indies and a bevy of their best performers cut into Babar's lead at the top of the batter rankings.

The ICC released the latest set of rankings on Wednesday and Shreyas Iyer and Rishabh Pant were among the biggest movers as the race for the top ranking hots up ahead of the ICC T20 World Cup in Australia later this year.

Iyer hit an impressive half-century during the fifth and final match of the series in Florida and was duly rewarded by jumping six places to 19th overall on the batter rankings.

Pant finished the series as the equal second leading run-scorer on 115 runs, with his quickfire 44 in the fourth match seeing the left-hander jump seven places to 59th.

Emerging opener Suryakumar Yadav was the leading run-scorer during the series with 135 runs, but the decision to rest him for the final match meant he missed out on the chance to overtake Babar at the head of proceedings.

Yadav remains in second place on the T20I rankings, with Babar now holding a lead of 13 rating points ahead of the eagerly awaited meeting between India and Pakistan at the Asia Cup in Dubai later this month.

The series against West Indies also saw a group of India's bowlers rewarded with big moves up the latest T20I rankings for bowlers.

Young spinner Ravi Bishnoi was India's leading wicket-taker during the series with eight scalps and that helped the 21-year-old jump 50 places to 44th overall on the most recent list for bowlers.

South Africa's recent 2-0 series triumph over Ireland away from home also saw a host of their players rewarded on the latest set of T20I rankings, with in-form opener Reeza Hendricks moving up two spots to 13th on the list for batters.

Spinner Keshav Maharaj moves up 10 spots to 18th overall on the bowler rankings, while South Africa team-mate Dwaine Pretorius jumps seven places to 26th on the list for all-rounders.

There were no changes to the Test rankings with no red-ball matches held over the last week, while there were some minor movements in the ODI ranks following the opening two matches of the series between Zimbabwe and Bangladesh.

In-form all-rounder Sikandar Raza has been a shining light for Zimbabwe in recent times and the experienced 36-year-old has made some eye-catching moves on the latest ODI rankings.

Raza has scored consecutive unbeaten centuries against Bangladesh and that has seen the right-hander jump 10 spots to 29th on the batter rankings and an impressive seven places to fourth on the list of all-rounders.