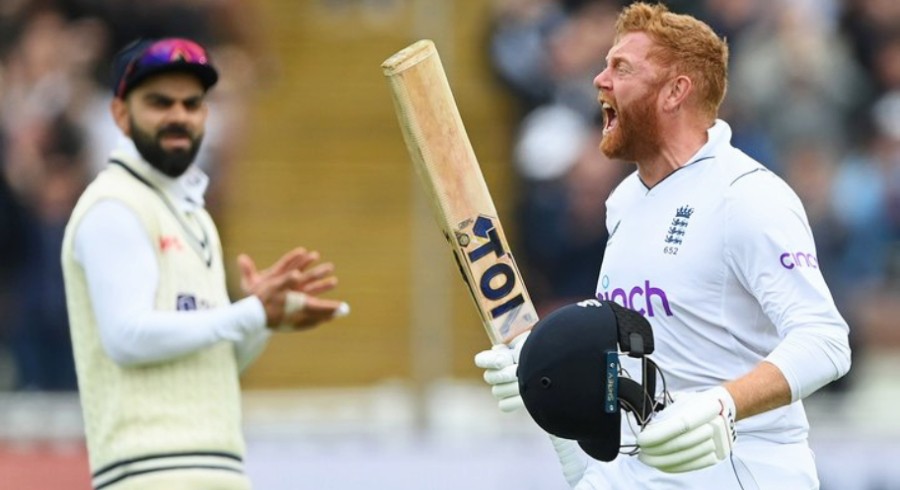 Already struggling with form, India's Virat Kohli has made things worse by sledging England in-form batsman Jonny Bairstow who then went on to smash a phenomenal century.

The incident took place on the third day of the rescheduled fifth Test at Edgbaston when Kohli was walking towards the on-striker batter Bairstow from the slips which led to exchange of words after he survived a fierce inswinging delivery from Mohammad Shami.

This is not the first time the world has witnessed Virat Kohli losing his temper against the opposition. In addition to that, the former Indian captain has consistently underperformed in all formats of the game.

The on-field umpires had to intervene to break-up the dispute between both players, which fueld Bairstow's fire as he picked up the pace and steered his side to a competitive total.

India are in a comfortable position as they cleaned up England for 284 runs after scoring 416 in the first innings. India remain unbeaten on 125-3 at the end of Day with a healthy lead of 257 runs.