Many cricket fans saw a similarity with the jersey of Pakistan 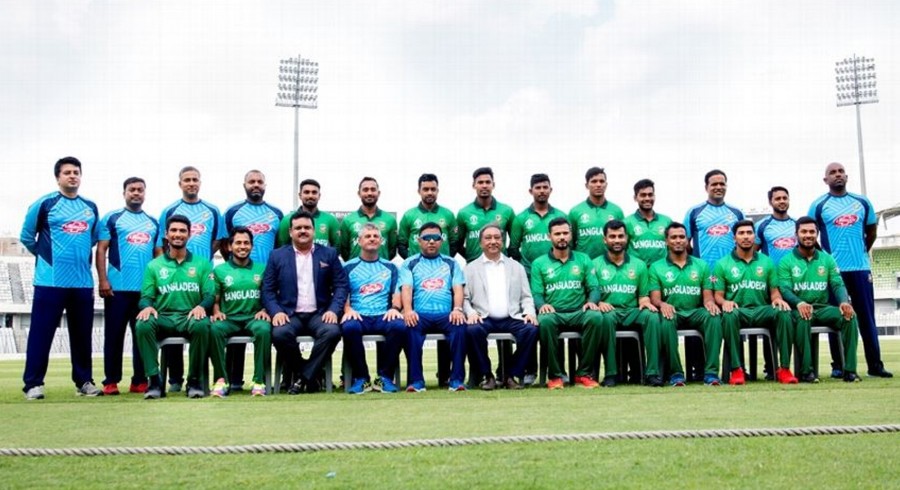 Bangladesh has altered its World Cup cricket strip to add a touch of red following uproar over the initial design, which some had likened to rival Pakistan's kit, the cricket board said Wednesday.

The national flag of Bangladesh is red and green, but the Tigers' jersey unveiled Monday for the tournament starting later this month in England and Wales was green and white.

Bangladesh Cricket Board (BCB) spokesman Jalal Yunus said cricket's world governing body had originally asked it to drop the red colour due to "commercial complications", but relented following a subsequent request from the BCB.

"It made the jersey green and white. But people wanted a touch of red in the jersey. So we requested the ICC (International Cricket Council) again and they accepted our request," he told AFP.

The original design had featured the names of players and the word Bangladesh in red, Yunus noted.

Social media was awash with complaints after the strip was unveiled, with former BCB president Saber Hossain Chowdhury among those to criticise the original design.

"Red and green, our national flag colours, have always been reflected in jerseys of @BCBtigers over the years. So very sad this is no longer so," Chowdhury tweeted.

Many cricket fans saw a similarity with the jersey of Pakistan, from which Bangladesh became independent after a bloody war in 1971.

But BCB president Nazmul Hassan, also known as Papon, blasted the suggestion that the resemblance of Pakistan jersey prompted the swift change in design.

"Bangladesh is written on the jersey, how can you confuse it with Pakistan?" Nazmul asked reporters in a press conference on Tuesday.

"After seeing the Tigers' picture and BCB logo if someone thinks that it's not Bangladesh's jersey but Pakistan's then I think that person should stay in Pakistan," he said.

Bangladesh cricket team left home on Wednesday and will open their World Cup campaign against South Africa at the Oval on June 2.

First they will play a tri-national tournament in Ireland from May 5-17 along with fellow World Cup participants Ireland and the West Indies.

The World Cup begins on May 30.