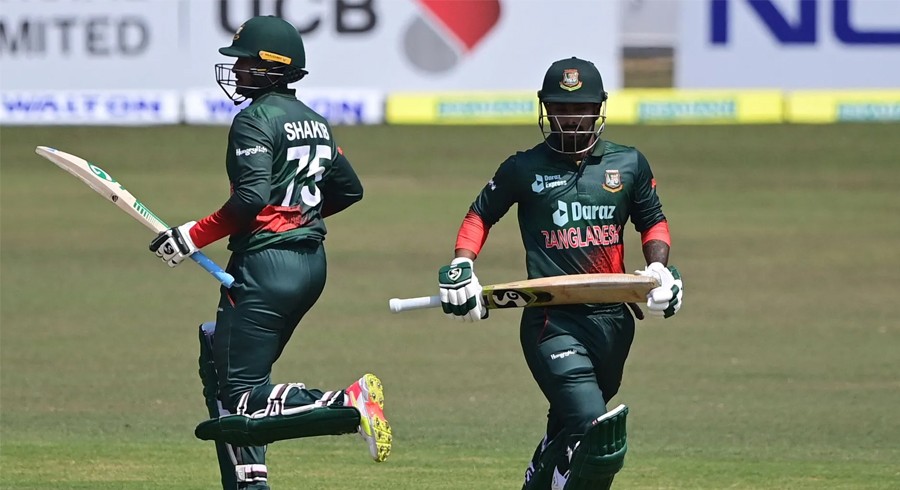 Bangladesh will be without the services of their star batter during the tour of Zimbabwe, with his participation in the Asia Cup also in doubt.

Litton Das suffered a hamstring injury during the first ODI against Zimbabwe in Harare and has been ruled out for the remainder of the series. The injury also casts a doubt over his availability for the Asia Cup, which gets underway on 27 August.

Das was injured while trying to complete a run on 81. He then complained of pain and had to be stretchered off the field. Bangladesh would post a scorer of 303/2 on the board, with Zimbabwe mounting an incredible chase to win the first ODI by five wickets.

After the match, Bangladesh team physio Muzadded Alpha Sany confirmed the nature of Das' injury. He said, "Litton Das hurt his hamstring while batting in the first ODI. We sent him for a scan during the match.

"He has a grade 2 muscle strain. It takes three to four weeks to recover from this type of injury. So we are not getting Litton [back] during this series."