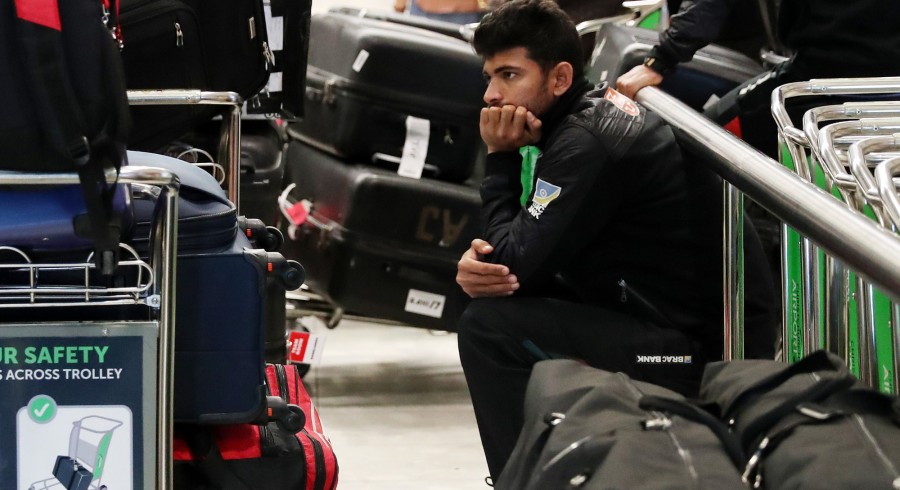 Bangladesh's cricket team left New Zealand on Saturday, less than 24 hours after narrowly avoiding being involved in the worst mass shooting in the country, which now had to accept that sporting events were likely to have been changed forever.

A lone gunman killed 49 people and wounded more than 20 during Friday prayers at two mosques in Christchurch in the country's worst mass shooting which Prime Minister Jacinda Ardern condemned as "a terrorist attack".

The Bangladesh team were on a bus that was approaching the Al Noor mosque, where 41 people died, on the eve of the third Test at nearby Hagley Oval when the shooting began.

The Test match, which had been scheduled to start on Saturday, was cancelled after the shooting and Bangladesh's tour abandoned.

Violent crime is extremely rare in New Zealand and the Bangladesh Cricket Board said the attacks had now changed their perception about team security on tours.

"We'll demand proper security wherever our team goes in future," BCB President Nazmul Hassan told reporters in Dhaka on Friday. "If a country provides proper security as per our demand, then we will go otherwise not. I can say that everything will change after this incident."

"ICC should take note & perhaps suspend int cricket in NZ after this act of terrorism?" Mazari said on Twitter.

Pakistan has been unable to host matches at home since 2009, when gunmen attacked the bus carrying the Sri Lanka team to a match in Lahore. Six of the visiting team were wounded and eight locals killed.

New Zealand have not toured Pakistan since 2002 following a suicide bombing outside their hotel in Karachi and instead played their games in the United Arab Emirates. They also abandoned a tour of Sri Lanka in 1987 following a bombing near their hotel in Colombo.

New Zealand Cricket chief executive David White said the country would now also need to accept they were no longer immune from acts of extreme violence and that would need to be factored in when they hosted sports events and teams.

"This is shocking. This will change the entire fabric of international sports hosting. I think everything changes now," he said. "We'll certainly be having to look at our security in depth. I think the idea of New Zealand being a safe haven is gone now. We now have to be very, very vigilant - all the authorities and sporting organisations, absolutely.”