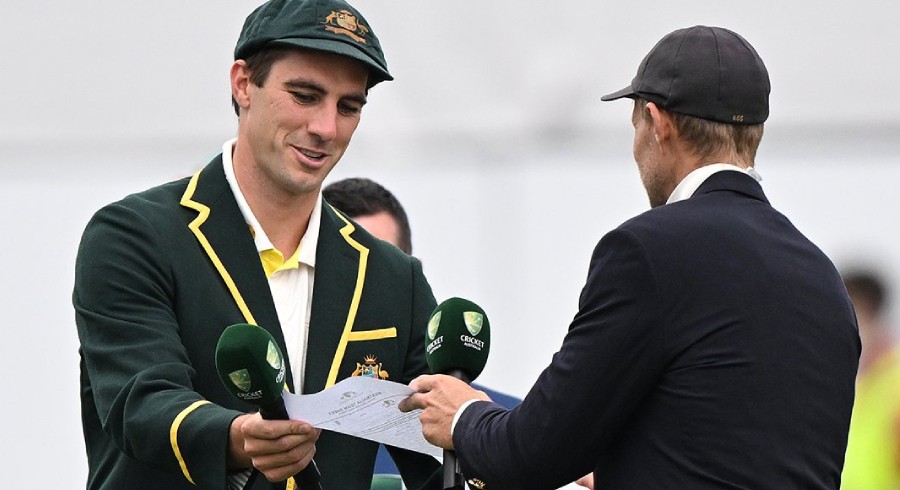 England captain Joe Root won the toss and elected to field in the final Ashes Test against Australia at Hobart's Bellerive Oval on Friday.

Sam Billings was set to make his Test debut for a battered England side who were forced to make several changes to the squad that had eked out a draw in the fourth Test in Sydney.

While Billings will replace Jos Buttler behind the stumps, opener Rory Burns came in for Haseeb Hameed, and Ollie Pope returned to the middle order.

There was no place for veteran seamer James Anderson either. "Throughout this whole series it's been quite challenging figuring out quite what to do," Root said after winning the toss which was delayed because of rain.

"But with overhead conditions, the tacky nature of that wicket, and that live grass, it's an opportunity to bowl first."

Home captain Pat Cummins said he too would have loved to bowl first.

"We were going to have a bowl, probably ... but not too upset," said Cummins.

Australia, who have taken an unassailable 3-0 lead in the five-match series, retained an in-form Usman Khawaja who will open the batting in place of the dropped Marcus Harris.

"Really tough for (Harris), we're happy with how he's going ... but when someone knocks down the door like Usman did in Sydney, it's too hard to look past," Cummins said referring to Khawaja's back-to-back hundreds in his comeback Test.