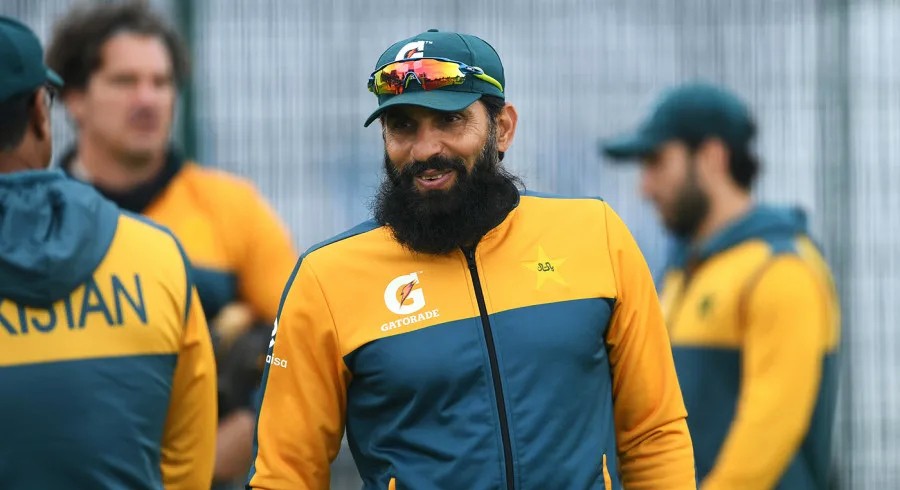 The Cricket fraternity has showered Misbah-ul-Haq with praise as Pakistan's most successful Test captain turns 48-years-old.

Born in Mianwali, Misbah remained an integral part of Pakistan's Test history as he led the men in Green to 26 Test victory in 56 matches and suffered 19 defeats. Under his reign, Pakistan became the number one Test team back in 2016.

It is worth adding that after he announced his retirement from cricket, Misbah-ul-Haq later joined the Pakistan squad as Head Coach where he won seven matches and suffered six defeats from 16 Test matches. Previously, his predecessor Mickey Arthur managed more wins (10) but had a far worse loss ratio (17) from a total of 28 Test matches managed.

The cricket fraternity got together to wish Misbah-ul-Haq his 48th birthday as he remains one of the biggest icons in the modern-day era.

On his birthday, we relive Misbah-ul-Haq's magnificent innings against Sri Lanka at the ICC Men's Cricket World Cup 2011 ⬇️

The PCB stated Misbah's accomplishments and paid him well-deserved respect.

He represented Pakistan in 276 matches, scoring 11,132 runs. Misbah is also the most successful captain of Pakistan in Tests with 26 wins. He is also the only captain to lead Pakistan to a Test series win in the West Indies. pic.twitter.com/UUvmNlHTTv

Misbah's former teammate Wahab Riaz called him "one of the finest of the game" as he wished him.

"Prayers and best wishes for a happy, and healthier life ahead Ameen," the left-arm pacer wrote.

Wishing a very happy birthday to one of the finest of the game @captainmisbahpk bhai 🎂 Prayers and best wishes for a happy, and healthier life ahead ameen ♥️ pic.twitter.com/A7dg0dvxns

"Happy birthday Misbah-ul-Haq bhai May Allah give u lots of love and happiness," he wrote.

Happy birthday @captainmisbahpk bhai May Allah give u lots of love and happiness 🥰 pic.twitter.com/UZtWf2WAvR

Pakistani all-rounder Shadab Khan said that he learned a lot from Misbah, under whom, he started his career.

"Started my Pakistan Super League (PSL) journey with Islamabad United under Misbah-ul-Haq. Won my first Test cap with Pakistan under Misbah bhai's captaincy, played under him when he was coach too," the leg-spinner wrote.

Started my @thePSLt20 journey with @IsbUnited under @captainmisbahpk. Won my first Test cap with @TheRealPCB under Misbah bhai’s captaincy, played under him when he was coach too. Have learnt a lot from him. Happy birthday Misbah bhai. Lots of love and prayers for u. pic.twitter.com/NyGxSszNLr