Bismah Maroof: The game changer for Pakistan cricket and the world itself 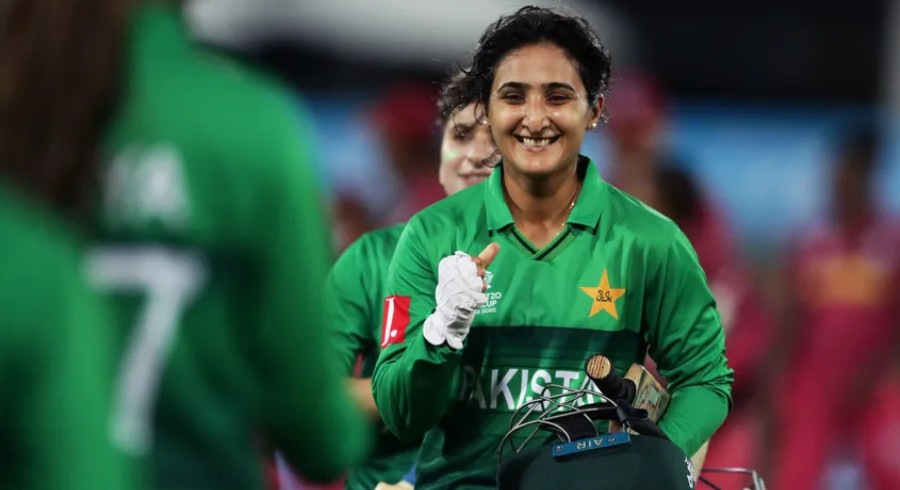 The ongoing Women’s World Cup has been a spectacular tournament considering the quality of the matches, expansion of women’s cricket, broadcasting reach and increased number of viewers of the game. With such close and competing games taking place, the tournament has proven to be vital in showcasing what women’s cricket has to offer and is also playing an effective role in inspiring future players around the world.

Where the likes of Australia, England, New Zealand, India, and South Africa stand out as strong contenders of the game compared to the rest, other competitors like West Indies, Bangladesh, and Pakistan have been more than capable in causing major upsets in the competition. Despite being a talented side, Pakistan stretched their losing streak to 18 until they finally managed to clinch an impressive win over West Indies on March 21.

Mostly, the sports research has reported that the interconnection of cultural, social, political and economic factors do impact the growth of sports in any country, but as seen in the South Asian side, belonging to a patriarchal society adds to the challenges of making sport a profession other than limited sports opportunities and financial investment. Despite all odds, one such name in Pakistan Women’s Cricket Team has broken all barriers and set a prime example for any sportswoman to follow in pursuing her passion for sports and truly utilizing her talent, it is none other than Bismah Maroof, the current captain of the team. Taking up the sport as a full-fledge career calls for sheer commitment, hard work and resilience. For a female in the subcontinent area, it is common to go through the pressure of getting married where mostly females have had to take a break from work life or give up the sport completely to prioritize their married life and motherhood too.

In April 2021, when Bismah Maroof announced an indefinite break from cricket due to motherhood, it was surely a bit of a shaking time for the Pakistan Team as they headed into important away and home series and the World Cup Qualifiers without their captain and most valuable player. This meant a rebuilding phase for the team combination and leadership wise.

The positive side of the development was that the players were pushed to become self-reliant and take responsibility to perform for the team. Bismah returned to the team in December 2021 and once again took over the responsibility of leading the side in one of the biggest competitions - the 50 over World Cup. The tournament called for a high level of commitment, focus and a lot to catch up with the game itself.

It surely seemed like a big mountain to climb, but Bismah’s return has proven the high level of mental toughness, concentration, technical skill and the character she possesses as a player on and off the field. Her strength screams loudly during the aggressive stroke play with a calm yet urgent body language which was evident against Australia when she scored 78 not out. Her cradle celebration won hearts on social media and the moments she has been seen with her daughter while on duty for the team are powerful scenes to watch. Much credit to the Pakistan Cricket Board for the introduction of the parental support policy; Bismah has become an example for the girls, parents, husbands and the families to follow; with hard work, support, time management, and strong character she has not only proven to be a game-changer for the Pakistan society and the team itself but has become a global role model for everyone. It is possible to achieve the dreams with the right support, personal hard work and commitment. Her leadership and presence have been instrumental in helping the team win a world cup game after 13 years. Not to write off the incredible century by Sidra Ameen against Bangladesh women, Nida Dar and Anam Amin bowling exceptionally well, Aliya Riaz scoring a good knock against Australia.

Omaima Sohail has also proved to be a valuable all-rounder whereas Fatima Sana has also stolen the limelight on several occasions; these individual performances are all but a positive takeaway for the Pakistan women's team moving forward.

With Pakistan already breaking their World Cup losing streak, here's to hoping that the win produces more strength in the squad psychologically to sustain self-belief during critical times and convert those narrow losses into wins.