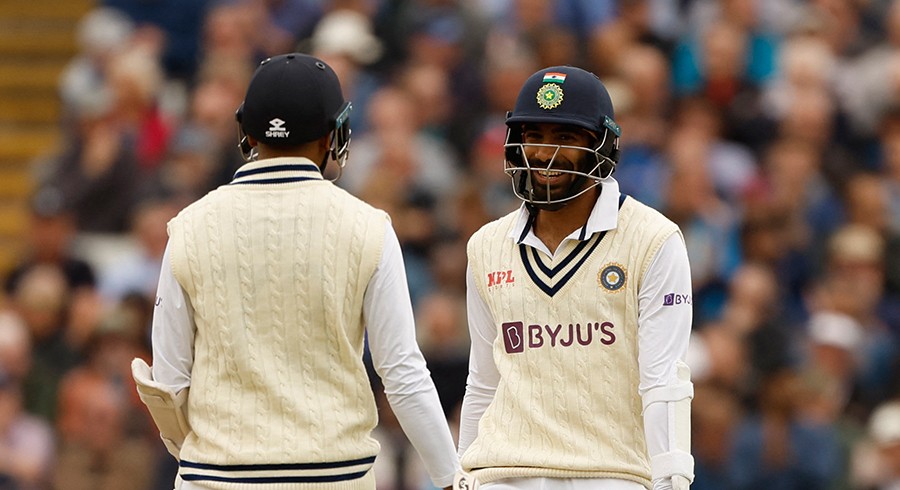 India's stand-in captain Jasprit Bumrah has surprisingly claimed the record for scoring the most runs in an over of Test cricket.

The fifth rescheduled Test between England and India is currently underway at Edgbaston, Birmingham and in the first hour of Day 2, the 28-year-old Bumrah slammed veteran Stuart Broad for 29 runs in an over while the other six runs were extras.

This makes 35 runs in an over, the most expensive over in the history of Test cricket.

In eight-ball over, Bumrah stroked six boundaries (four fours and two sixes) and took a single on the last ball.

West Indies' legend Brian Lara held the record jointly with Australia's George Bailey. Both had slammed 28 runs in an over in 2003 and 2013 respectively.

Most Runs conceded by a bowler in an over in Test history: