Marcus Stoinis's hundred laid the platform for victory as Australia beat by 57 runs at Hove on Thursday in their first match since the 'ball-tampering' tour of South Africa.

Stoinis's 110 was the cornerstone of Australia's 277 for nine after they lost the toss.

At one stage, with opener Aaron Finch making 78, Australia were set for a total well above 300 in this warm-up game for a five-match one-day international series against 2019 World Cup hosts England.

Finch's exit, however, sparked a collapse that saw the world champions lose four wickets for 13 runs in 31 balls.

But a target of 278 under the floodlights proved beyond Sussex, coached by former Australia fast bowler Jason Gillespie.

The south coast county finished on 220 all out, with 45 balls left when No 11 Abi Sakande was bowled by Jhye Richardson.

Australia are looking to restore their reputation after one of the most humiliating episodes in their cricket history.

Former Australia captain Steve Smith and his deputy David Warner received year-long bans for their roles in a ball-tampering scandal during the third Test in Cape Town in March.

Meanwhile, Cameron Bancroft, who applied sandpaper to the ball, was banned for nine months, with Australia losing the four-match series 3-1.

Concerns a capacity 6,000 crowd at Hove would give Australia a hard time proved largely unfounded until late on, when chants of "if you like sandpaper clap your hands" went around the ground.

And when one spectator asked Australia 12th man Nathan Lyon if he had any sandpaper in his pocket, the spinner replied: "Nah mate, just the Ashes".

Stoinis, meanwhile said the team had enjoyed the crowd's remarks.

"The banter was pretty good, you could hear them singing," he said. "It's all in good spirits, and the boys on the boundary said it was good too. It's only what you'd expect."

As for the team putting events in South Africa behind them, Stoinis added: "We haven't spoken about it too much to be honest. It's more the fact we're so lucky to be playing in this team, travelling through England, playing on beautiful grounds against good opposition and going into a good series.  It's about focusing on your job, what you have to do and enjoying what you can."

Finch and the uncapped D'Arcy Short put on 74 for the first wicket.

But left-arm spinner Danny Briggs struck with his third ball to have Short lbw for 21 on his way to figures of two for 42.

But he was dismissed when he feathered a pull through to wicket-keeper Ben Brown, the Sussex captain to end a second-wicket partnership of 93 with Stoinis.

Australia captain Tim Paine was caught and bowled by Wells for two.

Stoinis's late-cut boundary off Wells saw him to a century off 103 balls, including eight fours and four sixes, before he holed out off Jofra Archer.

Sussex's reply started badly when Wells was run out for one after a mix-up with Phil Salt.

Salt hit a 33-ball fifty but was bowled for 62, playing over the top of a Kane Richardson full toss.

Agar caught and bowled Harry Finch (45) before effectively ending Sussex's hopes when he had Laurie Evans stumped by Paine for a brisk 57.

Australia play Middlesex at Lord's on Saturday before facing England at The Oval on Wednesday. 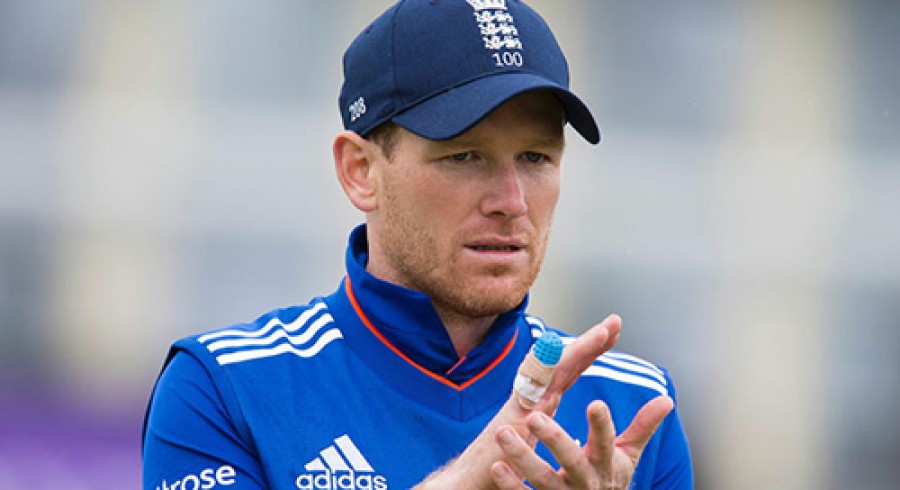