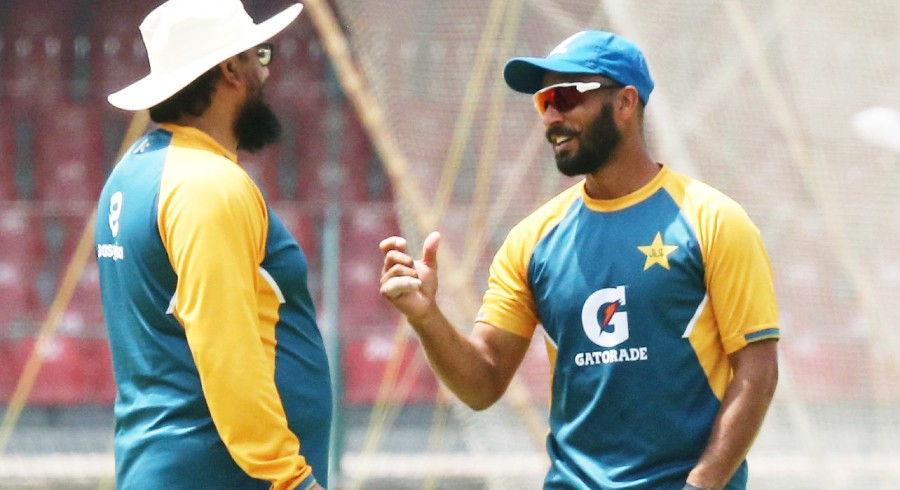 Sajid Khan was not only replaced by Yasir Khan in Pakistan two-Test squad for the upcoming tour of Sri Lanka but he was also not offered a central contract by the Pakistan Cricket Board (PCB).

Sajid Khan, however, was not the only spinner to have been hard-done as leg-spinner Zahid Mehmood was also left out from the 18-man squad for the Sri Lanka tour.

"We are working with Sajid Khan on his bowling action, there were a certain missing elements from his action which need to be improved," Wasim revealed during a press conference where men's central contracts list was announced.

"As far as the Sri Lanka series is concerned, we have prefered spin all-rounders. Agha Salman has been preferred since he bowls off-spin and has the edge in batting as well," he added.

The chief selector further revealed that PCB's entire purpose of setting up a camp for spinners was so that they can train the young spinners and help them push for international cricket.

"Spin is the department which I have admitted before and I will say it again, we are lacking. We are not getting that talent. All these conditioning camps we are organizing them so that our spinners can be groomed and our future is secured," he further added.

Speaking about Yasir Shah's selection, who makes a comeback to the team due to fitness issues, will fire against Sri Lanka as he has already delivered in those conditions beforehand as well.

"Yasir Shah, we are hoping since he is coming back from injury. I hope that he can serve us for the upcoming series and can contribute too. His record in Sri Lanka is very good too but this is the area that we have to develop our spinners," Wasim concluded.