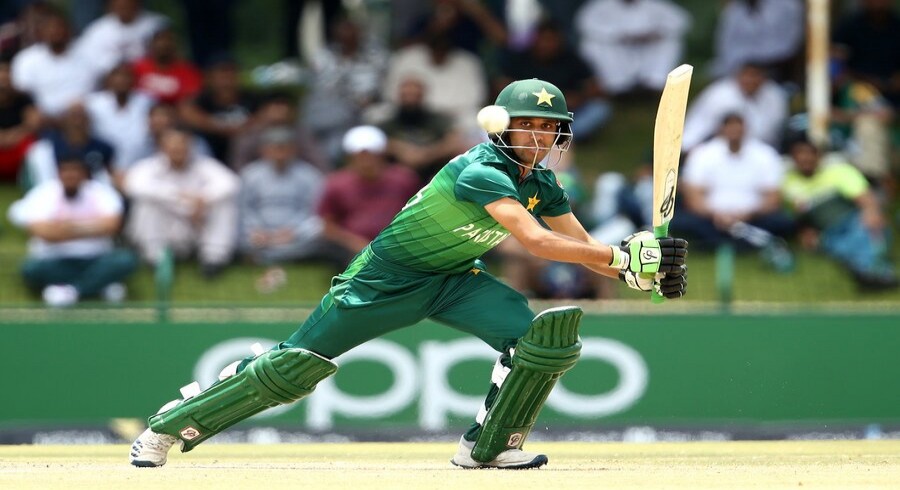 Khyber Pakhtunkhwa’s young wicketkeeper-batsman, Mohammad Haris, is aiming to become Pakistan’s ‘Mr 360 degrees’. He displayed his wide range of shots during his maiden List A century against Balochistan in the 2021 Pakistan Cup, earlier this year.

The promising wicketkeeper has risen in the ranks, based solely on merit, and shown his prowess with the bat since his Under-19 days. The Peshawar-born cricketer scored 131 runs at an average of 65.5 in the 2020 Under-19 World Cup and was Pakistan’s highest run-scorer in that tournament, which also featured the likes of Haider Ali and Rohail Nazir.

While speaking in an exclusive interview with Cricket Pakistan, the 19-year-old said that he likes to play innovative strokes inorder to disrupt opposition plans.

“I want to have every shot in my batting armour, so that I trouble the bowlers instead of them troubling me. I practice every shot, so that I have a plan B in case the opposing captain changes the field to counter my plans. I want to become a 360 [degrees] player,” said Haris.

Pakistan has recently had an emergence of young wicketkeeper-batsmen, which includes the likes of Rohail Nazir and Azam Khan, who are pushing the envelope in terms of power hitting. However, Haris is undeterred by growing competition as he remains focused on improving his overall game.

“I am also working on my fielding since I am young. I don’t think about competition and continue to work hard. I firmly believe that if you work hard, you will get an opportunity irrespective of competition. Teams like England, Australia and New Zealand have three or four wicketkeepers in their squad, so my job is to perform whether I am given an opportunity as a wicketkeeper or a batsman,” he said.

“During Under-19, Rohail Nazir was my competitor as wicketkeeper, but I didn’t think about how I will beat him in competition. My thought process was clear that I have to perform to the best of my abilities. Hence, I ended up touring five times in the same team as Rohail and he is my best friend now,” he added.

Haris topped the charts in terms of dismissals (30) as a wicketkeeper in 2020-21 Quaid-e-Azam (QeA) second XI Trophy. But the 19-year-old failed to break into KPK’s first-class team as he faced intense competition from wicketkeeper Rehan Afridi, who was also on top of the table in QeA first-class tournament with 35 dismissals.

“My main priority is first-class cricket. It was my wish to make my first-class debut this year so that I could gain some experience, but unfortunately I couldn’t get an opportunity. Rehan [Afridi] performed really well and I hope he continues to do well for KPK and Pakistan. I am focused on improving myself and my own performances,” he said.

“Selectors are keeping a close eye on all top performers. Mohammad Wasim Jr, who recently got selected, was with us in Under-19 team and Mohammad Imran has also been called up to the national team’s training camp. So it is a good thing that players are being rewarded for their performances. Whenever I am given an opportunity, I want to make full use of it,” he concluded.