Bookmakers in order to save their profits, try to employ the services of the players 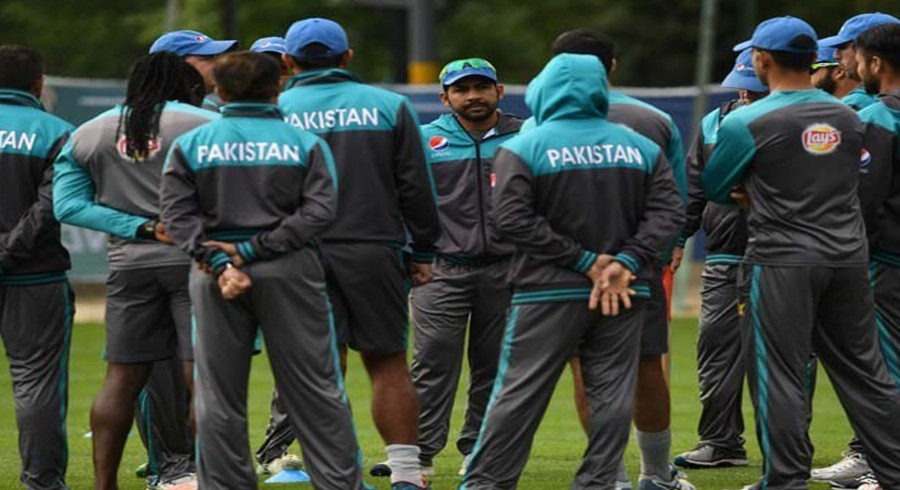 The players selected in the Pakistan squad for the International Cricket Council (ICC) World Cup were given a stern reminder to stay clear of corrupt advances.

Every ICC event is accompanied by bets worth of billions of rupees. Bookmakers in order to save their profits, try to employ the services of the players themselves. However, now the security has been heightened significantly which has affected fixing worldwide.

Two ICC security and integrity officers are present with the Pakistan team. The Pakistan Cricket Board (PCB) has sent Major (retired) Azhar with the team.

The ICC had previously stated that no on-going investigations were happening against any participating players in the World Cup. They assured audiences that the mega event will be free from fixing. The players are being educated and trained in this regard.

Sources said that the players and team officials were briefed by two ICC officers at the team hotel.

A female and male official first showed a seven minute video to the players in which the players were shown how the integrity of the game was being targeted by people with nefarious motives especially at major events such as the World Cup.

The players were instructed to stay clear of corrupt practices and people. Match fixers can meet players under the guise of fans as well. Therefore players have been asked to inform the ICC officials present with them if they find any individual that seems questionable. The players have also been cautioned from talking to strangers on social media.

Players were made aware of the methods frequently used by bookies. A video of former Zimbabwe captain Graeme Cremer was also shown in which he explains how Senior Board official Rajin Nair in 2017 offered him 30,000 dollars to fix the test series on a tour against West Indies.

Cremer informed team manager Heath Streak who brought the case to the ICC’s knowledge. Rajin accepted his crimes in the following investigation and was banned for 20 years.

Pakistani cricketers were instructed to inform the ICC immediately if anything similar happens to them. Pictures of two Indian bookies were also shown and the players were asked to stay away from them.

It should be noted that the PCB had also reminded players to be vigilant during the event. They have been instructed to inform the team manager and security manager before going out for dinners or any other events.

The players have also instructed to prioritise traveling in groups wherever possible.  Manager Talat Ali has not given a particular curfew but it is understood that players have been asked to return to the hotel at 22:30 prior to a match day.

After the teams miserable recent form the players themselves are very vigilant. After the second warm up match got cancelled due to rain the team went from Cardiff to Nottingham through a bus on Monday. Players will try to get some practice through a practise session on Tuesday.

Captain Sarfaraz along with the other captains, are scheduled to meet the Queen of Britain on Wednesday.

Pakistan’s first world cup match will be against the West Indies on May 31. The clash against hosts England on June 3 is also scheduled to be played in Nottingham.