Sam Curran marked his England return with a Test-best 78 as the hosts fought back on the first day of the fourth Test against India at Southampton on Thursday.

It was a familiar story when Curran, primarily a left-arm swing bowler and playing just his fourth Test, came into bat with England in dire straits at 86 for six after home captain Joe Root won the toss.

But thanks to Curran they finished on a far more respectable 246 all out, with India fast bowler Jasprit Bumrah taking three wickets for 46 runs in 20 overs.

India were 19 without loss at stumps, a deficit of 227 runs, with Shikhar Dhawan three not out and KL Rahul 11 not out.

Curran was unfortunate to miss the third Test at Trent Bridge, a match India won by 203 runs to reduce England's lead in the five-match series to 2-1, as he made way for returning all-rounder Ben Stokes.

But Thursday saw him put on 81 for the seventh wicket with the recalled Moeen Ali (40) before Curran and Stuart Broad (17) added 63 for the ninth.

Curran and Ali were recalled after the former's fellow 20-year-old Surrey rising star Ollie Pope, a batsman, was dropped and pace-bowling all-rounder Chris Woakes ruled out with a thigh injury.

Curran was last man out, bowled trying to heave spinner Ravichandran Ashwin. He batted for over three hours, facing 136 balls including eight fours and a six.

"There are positives and negatives, we won the toss and batted but being 86 for six and managed to get nearly 250 I think is a positive," Curran told Sky Sports. "To be fair, I thought India bowled really well with the new ball, there were a couple of really good balls in there and you can't complain too much, that happens."

Bumrah came into the series at Trent Bridge, where he took five second-innings wickets and he backed up that haul on Thursday.

"When I was sitting out of the first two matches recovering from an injury I was watching what was working where," he said. "We also wanted to bat but when we got out there there was a lot of seam and swing, so there was a lot of help for us — more than we expected.”

Bumrah struck with just his seventh delivery when he had Keaton Jennings lbw for a duck, the struggling left-hander deceived into leaving a ball that cut back into him.

Jonny Bairstow had been promoted to bat at number four despite a broken finger suffered at Trent Bridge that means he is unfit to keep wicket.

Bairstow, however, was caught behind off Bumrah for six. All the while, Alastair Cook, England's all-time leading Test run-scorer, had watched the collapse from the other end.

But the veteran opener fell for 17 when he carelessly played outside off stump to Hardik Pandya and saw an edge well caught low down at third slip by India captain Virat Kohli.

Jos Buttler, as happened during his maiden Test century at Trent Bridge, was dropped early in his innings by Pant. But this time he was out for 21, edging Mohammed Shami to Kohli.

Stokes followed a battling second-innings 62 at Nottingham with a gritty 23 before he was lbw to Shami.

But left-handed batsman Ali, fresh from making 219 for Worcestershire against Yorkshire, hooked Bumrah for six.

He also drove Ashwin for six before he was caught on the run by Bumrah after top-edging a sweep off his opposing off-spinner.

Curran, man of the match for an all-round display that included an innings of 63 in England's 31-run win in the first Test at Edgbaston, was undaunted and completed his latest fifty in bold fashion by hoisting Ashwin for six. 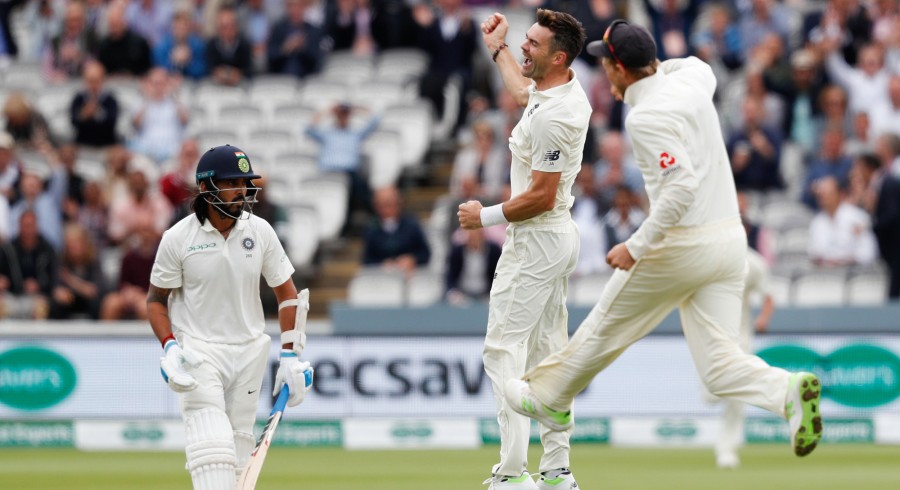