Dates for England tour of Pakistan to be announced soon: Ramiz Raja

England will tour Pakistan twice this year; once to play seven T20Is followed by a three-match Test series 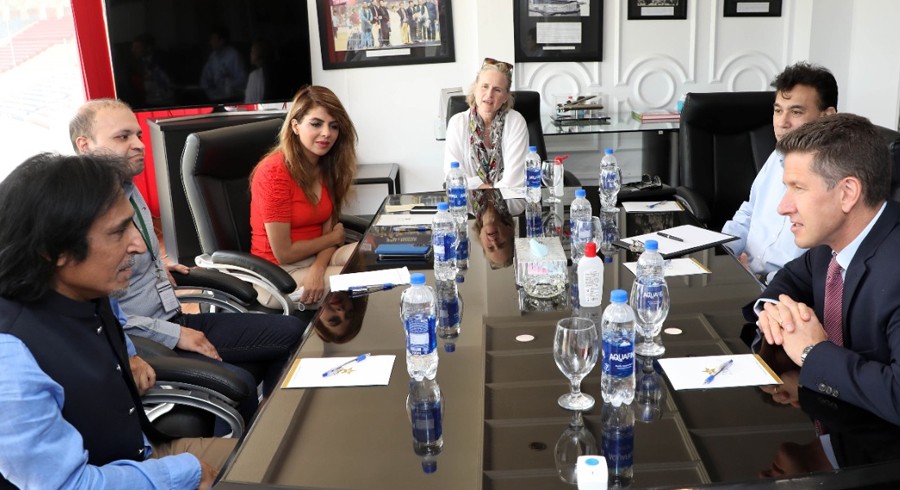 The purpose of the meeting was to discuss the upcoming tour of England and assess the conditions and preparations.

Speaking about England's arrival, Ramiz Raja claimed that he remains ecstatic to host the English team on home soil.

.@CTurnerFCDO and @iramizraja are excited that England cricket teams and their supporters will be touring Pakistan later this year 👏

🗣️ Listen to what they have to say following their meeting at the Gaddafi Stadium on Tuesday morning pic.twitter.com/f1iVwB6mca

"England fans and cricket experts want to visit Pakistan and witness a thrilling contest between both teams," said Ramiz. "We will announce the dates soon and the rest of the details will follow."

"It will be a good challenge for us as England's team is highly capable. The English team will visit once to play seven T20Is and then their next tour will feature three-match Test match series," Ramiz further added.

"We are all very excited for England's autumn tour of Pakistan and that the team is traveling to Pakistan after 17 long years. We are planning seven T20Is and three Tests," Turner said.

"We had very positive talks with the PCB team and Ramiz Raja regarding the details of the tour. More importantly, this is the 75th anniversary between both countries," he added.