Did Hafeez take a swipe at PM Imran's tweet? 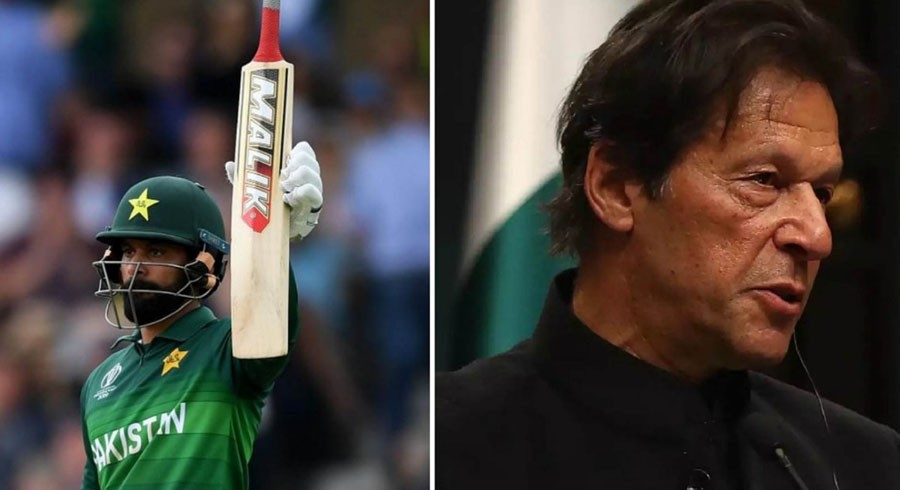 While talking to media in London, Hafeez said that they can’t make decisions based on tweets.

“Team’s decision can’t be made on what someone has tweeted. It was team’s decision. We didn’t bowl well and that’s why we lost that game,” Hafeez said.

It should be noted that Pakistan Prime Minister Imran Khan advised the Pakistan skipper Sarfaraz Ahmed, on twitter before the beginning of the match, to bat first if he wins the toss against India.

4/5 1. In order ro have a winning offensive strategy Sarfaraz must go in with specialist batsmen and bowlers because "Raillu Kattas" rarely perform under pressure - especially the intense kind that will be generated today. 2. Unless pitch is damp, Sarfaraz must win the toss & bat

The 38-year-old lamented collective failure of the team in the crucial match against India.

Hafeez also rubbished reports of any grouping within the Pakistan team.

“Why don’t you talk about such things when team is winning,” he asked.

Veteran all-rounder was also confident about Pakistan team making a comeback in the game against South Africa on Sunday, June 23.

“All is not finished for us. We are focused on our next game and we are eager to win that match. We got ample time after India game to regroup for a new beginning,” he said.

The Sarfaraz Ahmed-led unit only has three points from five games in tournament so far and can not afford to lose any of their remaining games. Even if they go on to win the remainder of their matches, their chances of qualifying for the semi-finals of the mega event will remain extremely slim.