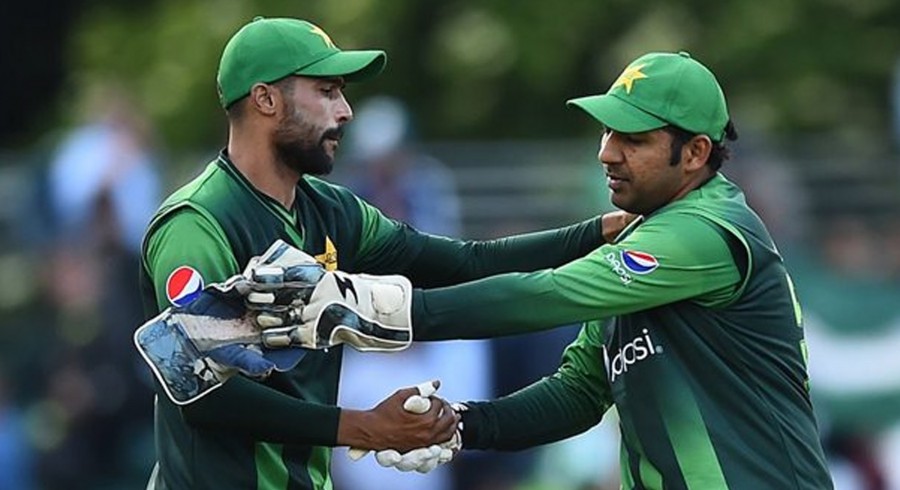 While speaking in an exclusive interview with Cricket Pakistan, Sarfaraz said Amir will have to make most of the upcoming ODI series against England, to come back into reckoning for the national side.

“Dropping Amir from the squad was a difficult decision for us because he is a senior player and can come up with a match-winning performance, on a given day,” said Sarfaraz. “But he has the opportunity to come back into reckoning by putting up a good show in series against England.”

The Pakistan skipper also spoke about the importance of one-off T20I and five-match ODI series against England, ahead of the mega event.

“I think, before the World Cup, the five-match ODI series against England is the best preparation for the mega event,” he said. “We will play on different venues and pitches, which will aid us in acclimatizing with the conditions in England.”

The wicketkeeper-batsman also confirmed that there was no discord between the team management and selection committee over the selected World Cup squad.

“I’m satisfied with the World Cup squad,” he said. “There was some debate over one or two names but in the end we unanimously agreed on the selected bunch of players.”

The 31-year-old also spoke about the exclusion of fellow wicketkeeper-batsman Mohammad Rizwan, from the World Cup squad, despite being amongst the runs in the ODI series against Australia in UAE, recently.

“It was Rizwan’s bad luck that he was not picked in the squad despite scoring two centuries in ODI series against Australia in UAE,” he said. “His position in the side would have been in the middle-order but we already have Haris Sohail, Babar Azam, Shoaib Malik and Mohammad Hafeez there so we were left with no option but to drop him. I must say it was very hard for us to drop an in-form player from the squad.”

He added: “But this goes on to show that we have excellent bench strength and in case there are any injures, we have able backup options.”

Sarfaraz also shared his thoughts on losing leg-spinner Shadab Khan, due to virus, as he stated: “Shadab’s absence is a major setback for us because he is a key player for us in all three departments, batting, bowling and fielding, of the game. We are hopeful that he will be fit in time for the World Cup.”

“Hasnain is a promising young talent and his performance in PSL4 was also really good,” he said. “His raw pace, which goes past 150 plus clicks, can be the x-factor we need at the World Cup.”

He also discussed team’s aspirations ahead of the tournament: “Obviously we have our eyes on the title but we are going to take it step by step. We have a long road ahead of us because we need to win at least five to six matches, before qualifying for the knockout stages of the tournament.”

“Every team is strong and if we want to do well in the tournament, we have to put up a good show against every side,” he said. “But if you look at what our fans desire, it’s winning against India and hopefully we will be able to achieve that goal.”

Sarfaraz also talked about the team’s meeting with Prime Minister, and captain of Pakistan’s triumphant 1992 World Cup winning side, Imran Khan, before departing for England.

“Meeting Imran Khan, just before leaving for England, was a great motivational experience for the side. He gave us confidence and told us not to worry about the results but emphasised on performing to the best of our abilities,” he said. “He also instructed me, as captain of the side, to be fully aware about the team’s strength and weaknesses and put plans into place accordingly.”