With Eoin Morgan's retirement, the three-match series against India will be the perfect opportunity for Jos Buttler to begin moulding the white-ball side in his own image 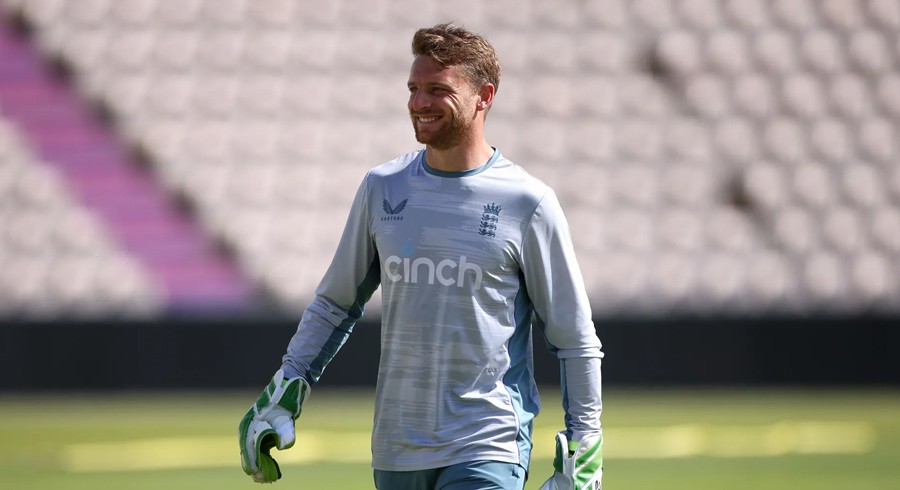 England will begin the Jos Buttler era hoping to climb the summit of ICC Men's T20I Team Rankings, with a series victory against India.

With Eoin Morgan's retirement, the three-match series against India will be the perfect opportunity for Jos Buttler to begin moulding the white-ball side in his own image. Though England will be without the services of Jonny Bairstow and Ben Stokes for the T20I series, there is still plenty of firepower in their ranks, especially on home turf. A 3-0 or a 2-1 series victory will help England overtake India to become the new No.1 ranked team in the ICC Men's T20I Team Rankings.

White-ball regulars Jason Roy, Dawid Malan, Liam Livingstone and Moeen Ali will all be available at Buttler's disposal. It will also be a big opportunity for the likes of Phil Salt, Sam Curran and Reece Topley to further stake a claim to be featured more regularly in the side.

India though will be chomping at the bits to get over the disappointment of the loss in the fifth Test and will be bolstered by the return of their skipper Rohit Sharma. Virat Kohli, Rishabh Pant and Jasprit Bumrah will miss the first T20I after a quick turnover from the fifth rescheduled Test. But this will provide a perfect opportunity for some of the fringe players to make a strong case for a place on the flight to Australia for the 2022 ICC Men's T20 World Cup.

The absence of some of the regulars in the first match will further give the likes of Sanju Samson, Ruturaj Gaikwad, Umran Malik and Deepak Hooda a chance to make a case for a selection. The return of the seniors from the second T20I onwards will give the Indian team management to test close to their full-strength side in preparation for the upcoming World Cup in Australia.

The two teams last faced off in a bilateral T20I series in 2021. It was a nail-biting five-match series, with India eventually prevailing by a 3-2 scoreline.

All the matches were played in Ahmedabad, with England starting strongly by winning the first contest. India emerged as victors in the second match, while England again prevailed in the third T20I. The pressure was now on India and they fought back brilliantly by winning the fourth and fifth matches, to seal the series.

Jos Buttler (England captain): "I think I'll learn that as I go along. In terms of a place to take over from, if I'm not ready to take over now I'll never be I don't think. I think I'm in the best place I've ever been to become a captain of the team at this moment so I'm excited for the challenge ahead."