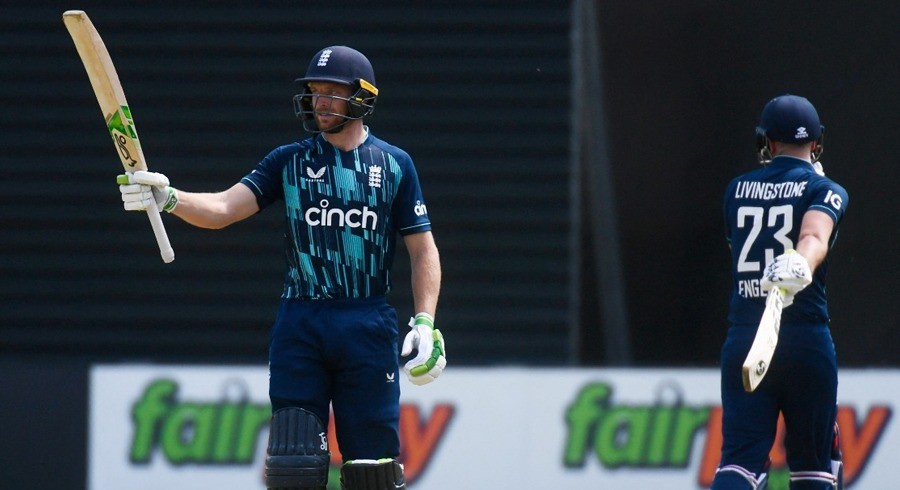 England hit a world record one-day international score of 498-4 against the Netherlands in Amstelveen on Friday, with three men scoring centuries in the run blitz.

Eoin Morgan's side beat their own mark of 481-6 set against Australia at Trent Bridge in 2018, in the first match of the three-game series.

Jos Buttler, who finished on 162 not out, plundered his ton off just 47 balls -- missing his own record for the fastest England century by just one ball -- while Phil Salt and Dawid Malan also made three figures.

Liam Livingstone, batting at number six, made the fastest 50 in England's ODI history off just 17 balls -- the joint second-fastest of all-time.