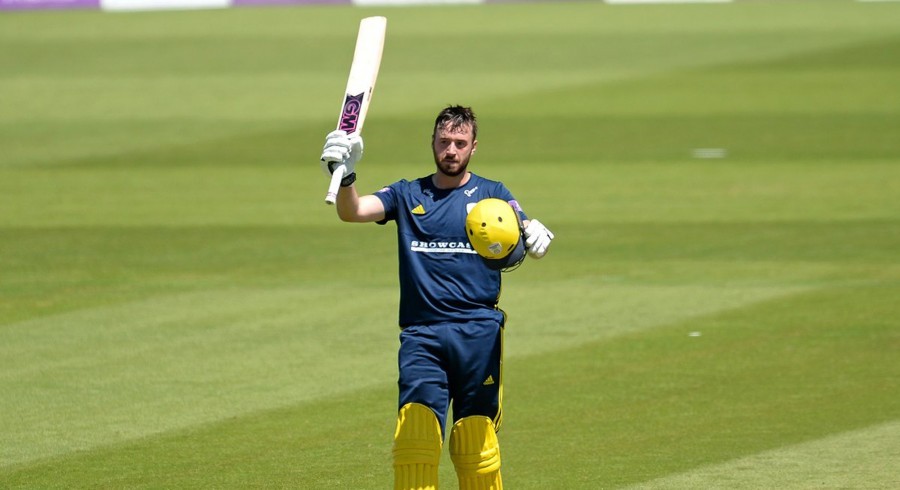 James Vince hopes to capitalise on the banishing of Alex Hales over claims of drug use and force his way into England's World Cup plans.

The in-form Hampshire batsman could be involved in the 50-over showpiece after Hales was dramatically dropped from all England squads due to reported use of recreational drugs.

The 28-year-old Vince has the remaining four matches of England's one-day international series against Pakistan to stake his claim.

"If he was here I don't think I'd be here now," Vince said of Hales. "I'm not going to say too much on his situation but it has given me an opportunity. It's great to be back among the lads and I want to push my case to get into that World Cup squad."

England have until May 23 to finalise their squad for the home tournament, with their opening match against South Africa taking place seven days later at the Oval.

Vince has already endured frustration in his quest to impress national selector Ed Smith and head coach Trevor Bayliss after the five-match series opener was curtailed by rain on Wednesday.

Pakistan reached 80-2 in the 19 overs that were possible, with Vince and fellow fringe player Joe Denly denied a chance to impress.

Pace bowler Jofra Archer, however, served further notice of his World Cup credentials with a wicket and two maiden overs, and Vince admits competition for places is hotting up.

"Jofra's not in it (the World Cup squad) at the moment so I guess there are a few options and a few different balances to the side," said Vince. "I'm trying not to think about it too much and if and when I do get an opportunity in this series, (I will) try to push my case. They've played some magnificent cricket and got to number one in the world so it's been a tough team to break into."

With opener Jason Roy set to be fit after overcoming a back spasm, Vince is unsure whether he will be involved in the second match of the series on Saturday and is considering turning out for his county.

And he said he was unsure how much he would be involved in the rest of the series against Pakistan.

"I guess it depends on what they're thinking for the World Cup, whether they want to give me game time or whether I'm not part of their plans," he said. "At the minute, I don't know a huge amount but hopefully I'll get at least one more opportunity in this series."