Everyone is compromising except the two

Barring Babar and Rizwan's records as openers, but there has been plenty of scrutiny on their batting approach 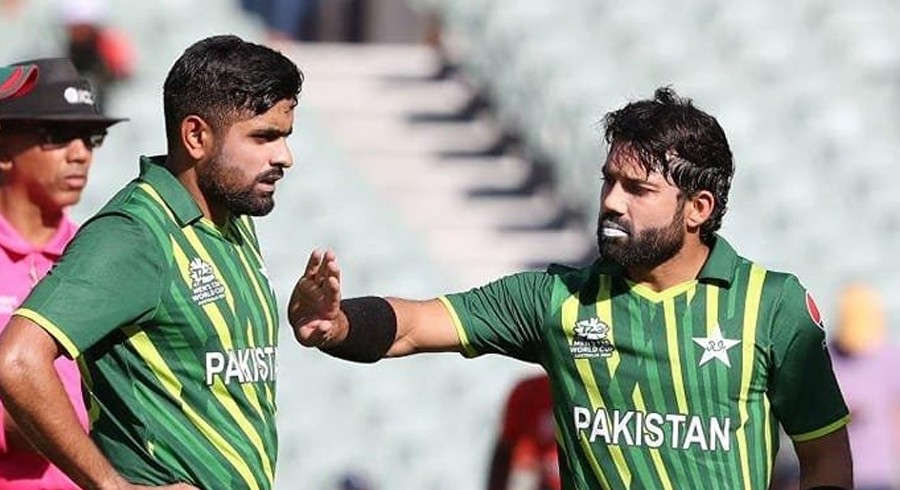 Pakistan are in the semi-finals of the T20 World Cup in Australia when everyone wrote them off, including the fans and cricketers, former and current included.

There have been questions about team combination and despite playing the knockout game against New Zealand on November 9, the questions remain still valid.

Before the T20 World Cup, the blame was on the middle-order batters. They needed to provide more support to the best-ever T20I opening pair of skipper Babar Azam and wicketkeeper Mohammad Rizwan.

The criticism of duo was untouched as the notion created that they are the only performers among batters. They have the luxury to bat according to their own style.

One can't point them out as the middle-order batters were not stepping up but the tables have now turned entirely since they landed in Australia.

Barring Babar and Rizwan's records as openers, but there has been plenty of scrutiny on their batting approach.

Babar has a strike rate of 128 while Mohammad Rizwan score runs at 126.6. Digging into the stats will give us an idea of how it affects this format's general style.

It was not affecting while playing in Asian conditions and in New Zealand, why? The average of runs were around 140-155 and the bowlers Pakistan have, the scores were defendable.

Yes, they have chased totals of 180+ on more than one occasion but viewing the conditions, it is understandable those runs were scored on batting-friendly surfaces and boundaries were shorter.

This doesn't take away their achievements but is Pakistan benefiting from it? at the moment it is not. Both the batters have struggled massively in the T20 World Cup. Rizwan only had one good score of 49 and that too came off 39 balls.

Babar is struggling big time at the top and has only one double-figure score. In the game against the Netherlands, Fakhar Zaman was also included while Shan Masood had to be demoted to No.4.

He played most of the matches since the England series on No.3 and the mess was evident when he had to play at No.4. Every batter in the line-up has shuffled, however, Babar and Rizwan have not.

Youngster Mohammad Haris rang the alarm bells with his aggressive intent in the last two games and there have been calls to promote him as an opener so he can avail the powerplay, but the management and the openers don't look ready to sacrifice their spots.

Even Haris batted against Bangladesh at No.4 after playing at three against South Africa. His confidence was up, but Mohammad Nawaz promoted up the order when Babar and Rizwan messed up the mere target of 128, scoring only 56 in the first ten overs.

It was frustrating for everyone as it messed up the chase. Even one of them was not trying to accelerate and the run-rate was creeping, they were back in the pavilion. Haris came and pressed the brakes followed by Shan's finishing touch.

Even mentor Matthew Hayden put his trust in the duo; however, he highlighted Haris' intent while referring to them but why can't the duo understand the demands of how T20 cricket is played?

Pakistan lost the semi-final last year to Australia and all the fault was put on Hasan Ali's dropped catch and the bowlers not defending 177.

One of the main reasons for Pakistan losing the game was the approach by the openers, scoring only 71 in the first ten overs and Fakhar Zaman had to cover it up with his blitz later on.

However, if the strategy by the duo remained the same against New Zealand at the Sydney Cricket Ground (SCG), it could give us a similar result as last year.

One can only hope they compromise and let Haris open the innings. The decision can be a one-off thing and there is no denying Haris can fail too but it can prove to be a healthier one viewing the current form of the openers and if they take this game against Blackcaps, everyone knows that fortune favours the brave.