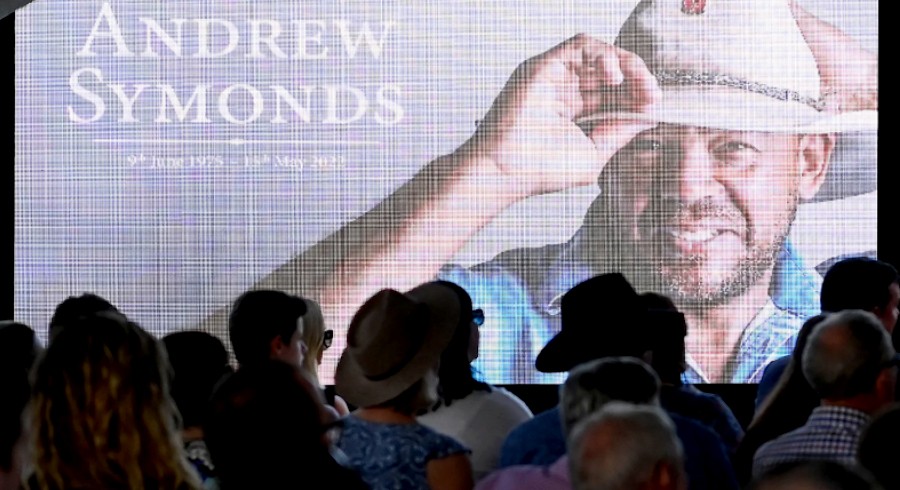 The former Australia all-rounder was remembered at a private service in Townsville on Friday before a public memorial at Riverway Stadium.

Symonds tragically died at the age of 46 earlier this month when his car left the road just outside of Townsville in the Australian state of Queensland.

Former teammates and friends Ricky Ponting, Adam Gilchrist, Ian Healy, Mitchell Johnson, Brett Lee, and Darren Lehmann were among those in attendance at the private ceremony.

"It has been pretty tough for a lot of us. The cricket-loving public of Australia have had a pretty tough time." Ponting said.

The former Australian captain mentioned that he regrets not getting the chance of spending enough time with Symonds away from cricket.

"That’s the game. The one tragedy with international cricket is that you spend ten months a year with these guys for ten, 12, 15 years, and then you finish playing ... and you just don’t see each other.

"We spent so many great days together on the field, but a lot of things you share off the field as well when you’re with these guys for so long."

Darren Lehmann referred to Symonds as the best player he ever coached, while former Australia wicket-keeper Adam Gilchrist spoke about his brilliant personality both on and off the field. He said that the first thing he thinks of about Symonds is his commitment to the team.

"We've spoken so much about him as a person we forget to talk about the level of cricketer that he was." Gilchrist said.

An extraordinary batter, a clever bowler and an absolute livewire in the field, Symonds will go down in history books as one of the greatest to play the sport. He capped his illustrious career by winning consecutive ICC Men’s Cricket World Cups (2003 and 2007).